It was oriole season, my brother put out some oranges. On the 18th of April I saw three orioles, not at the oranges, but at the suet, which had berries in it. There were two males and one female, the males flew away and I didn't see them for the rest of the day, but the female stayed.

The next day I thought they might be gone already, last year we had one which stayed for a day only, I was wrong. The numbers had increased, we counted at least seven.  They ate the oranges fast and furious, we went through a bag of them in a day or two, we had to make up with it bananas, strawberries and grape jelly. The grape jelly was one of their favourite food. 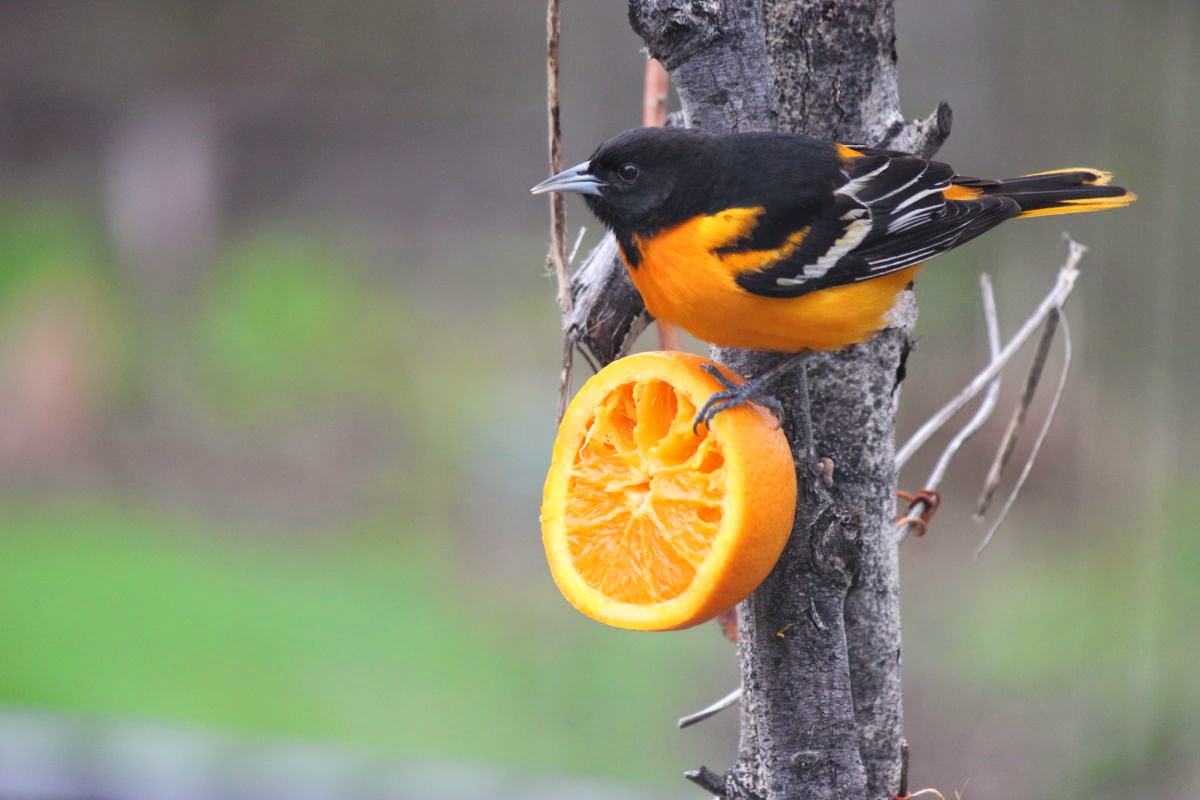 Over the next few days their numbers increased even more, there were at least fifteen in all.


Their colours are so brilliant it's a shame when they leave. 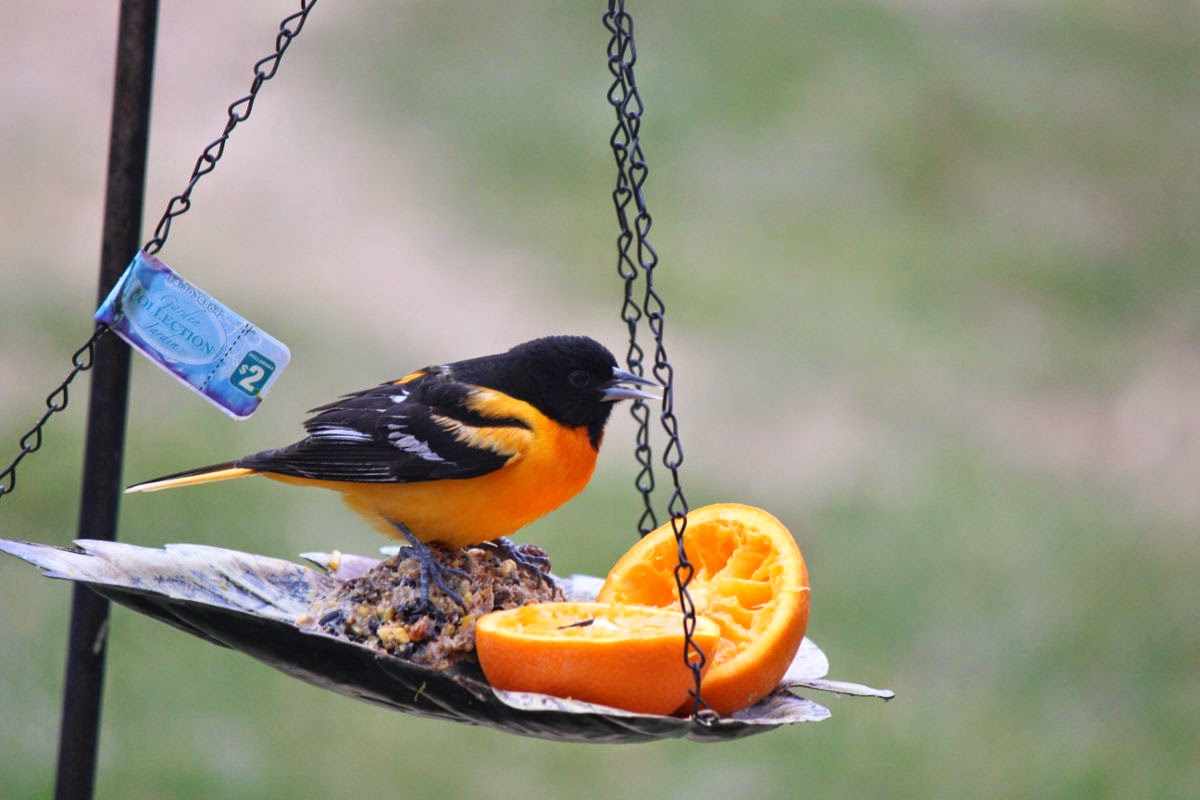 One of my favourite shots of them. 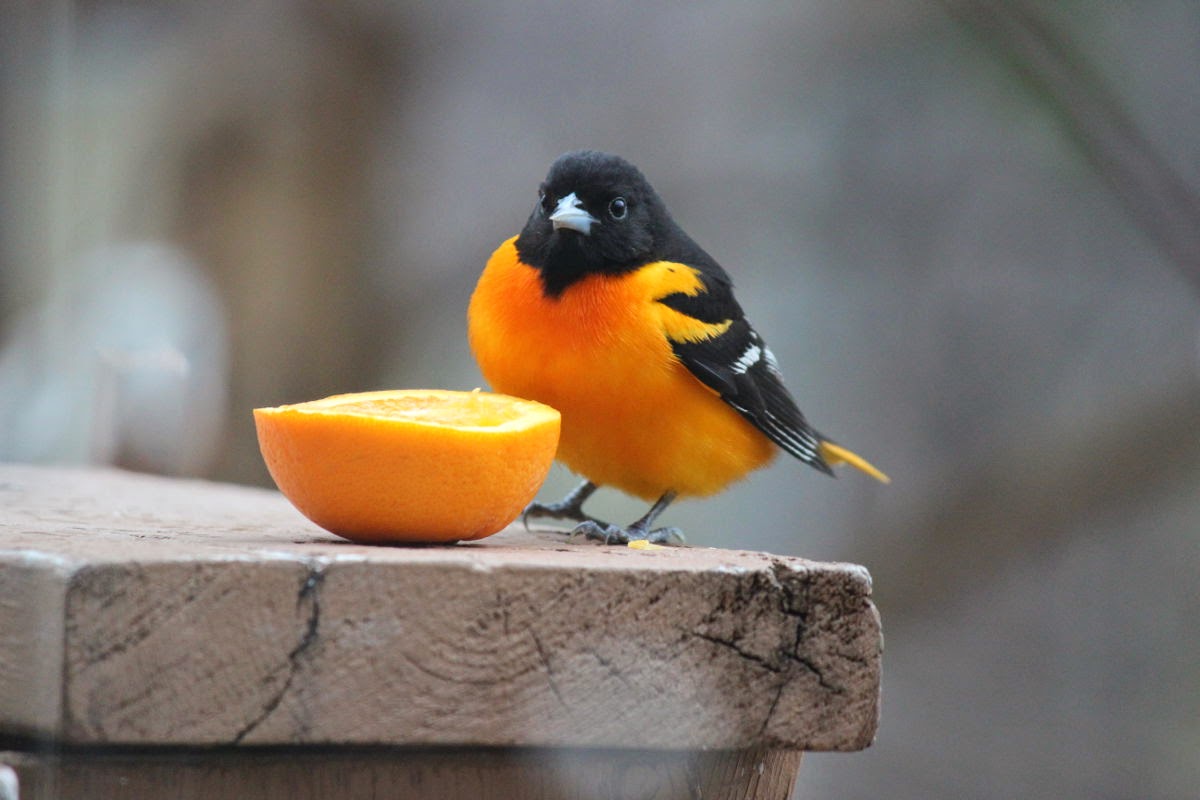 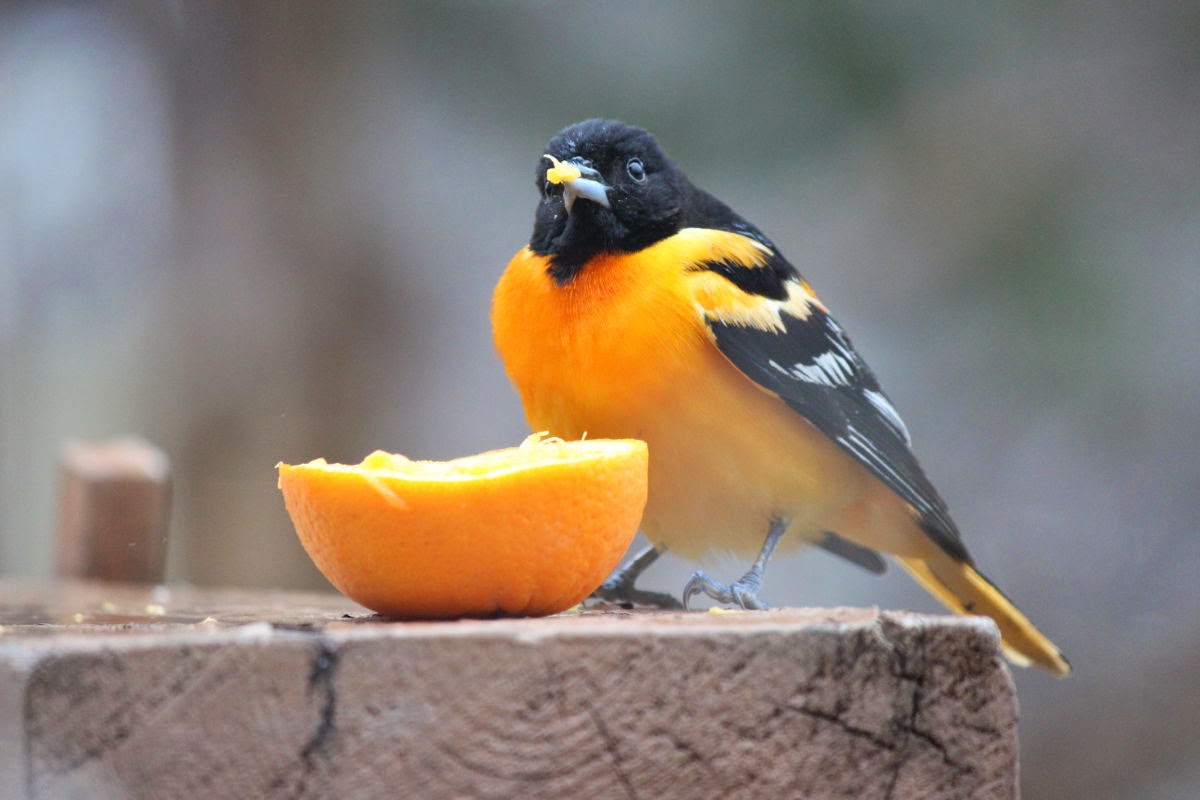 This is my all time favourite shot I got of the orioles.

It was a really wonderful experience to have birds with such spectacular colours around for a whole week, it makes the yard seem tropical.
We saw a few hanging around the yard afterwards, hopefully they are nesting.