We got a batch of chicken eggs we got from our friends that we hatched. We started them about a month ago, they take three weeks to hatch. We had a very good hatch rate, 30 out of 36 eggs hatched. We each chose a couple chicks to look after and play with, but it sometimes got hard to tell them apart when they all were hatched.
We built a box for them and took them outside a bit when they were old enough, plus, it was much better for pictures than in the brooder.

The chick I chose, it has characteristic black feet and beak, so I can tell it apart from the others.
Here's another chick 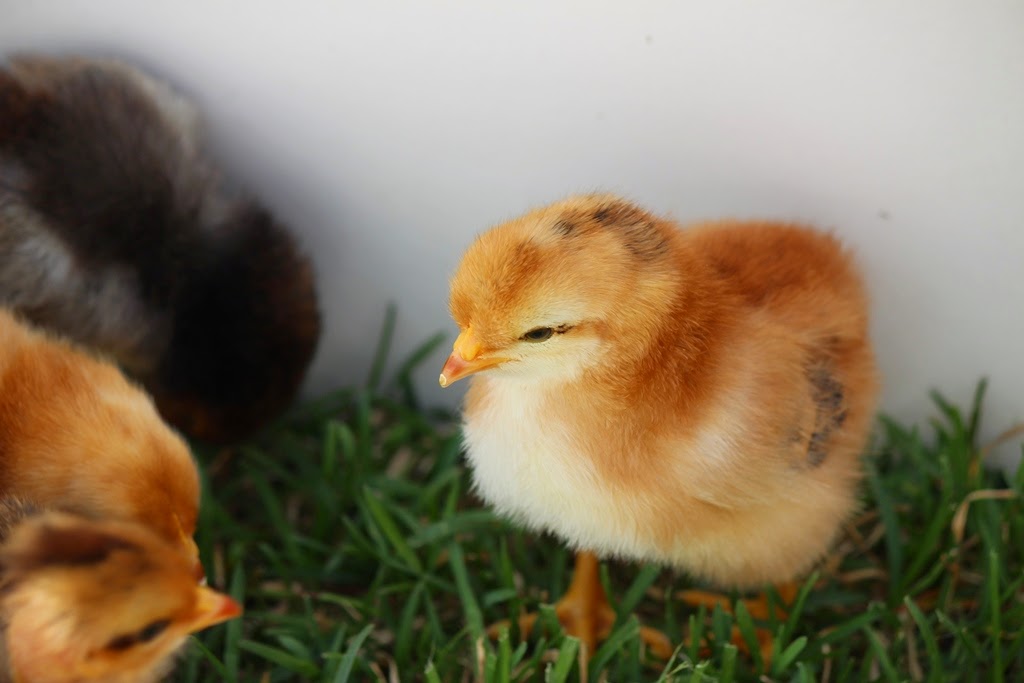 We didn't take all of them outside, just a bunch.

There is a bare-necked chicken in the pile with a stripe on his head that we called Trouble, because it was always trying to get out, or running through the sleeping chicks waking them all up, and he would barely ever let you pick him up. 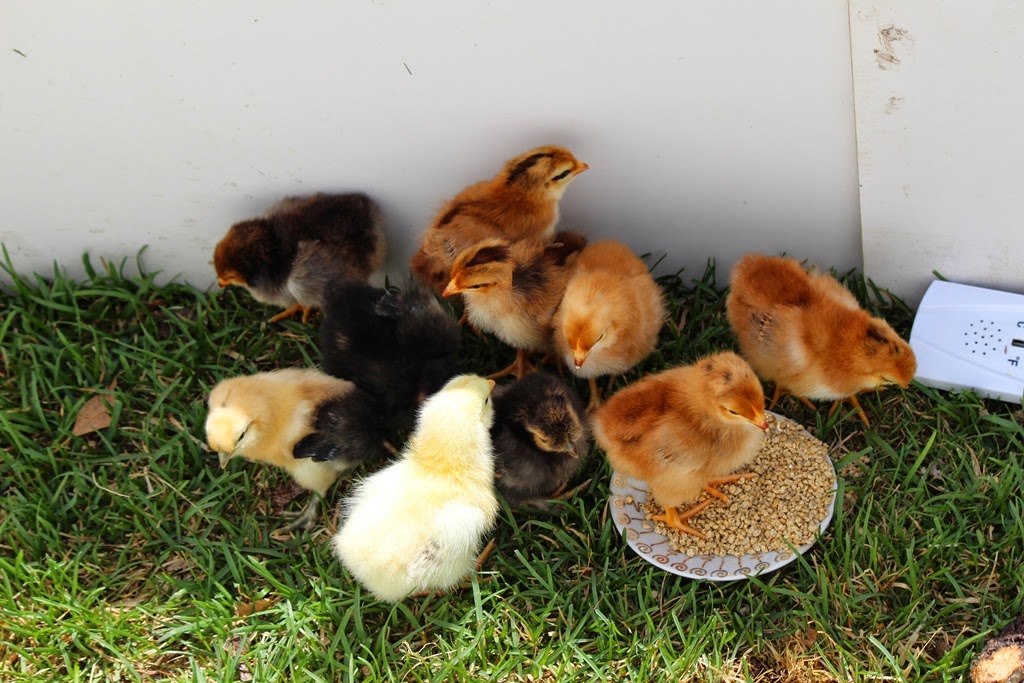 We gave them back to our friends a couple days ago, we might hatch another batch next year and keep them.

Here is a video I got of a chick hatching to end the blog post.

Posted by Josiah Van Egmond at 9:11 AM