We arrived in Ontario in the evening. We saw some cardinals and woodpeckers at the feeders before they settled down for the night. When it was dark I noticed the moon was out, it was almost full. Even though it’s not a bird, I enjoy taking pictures of it. 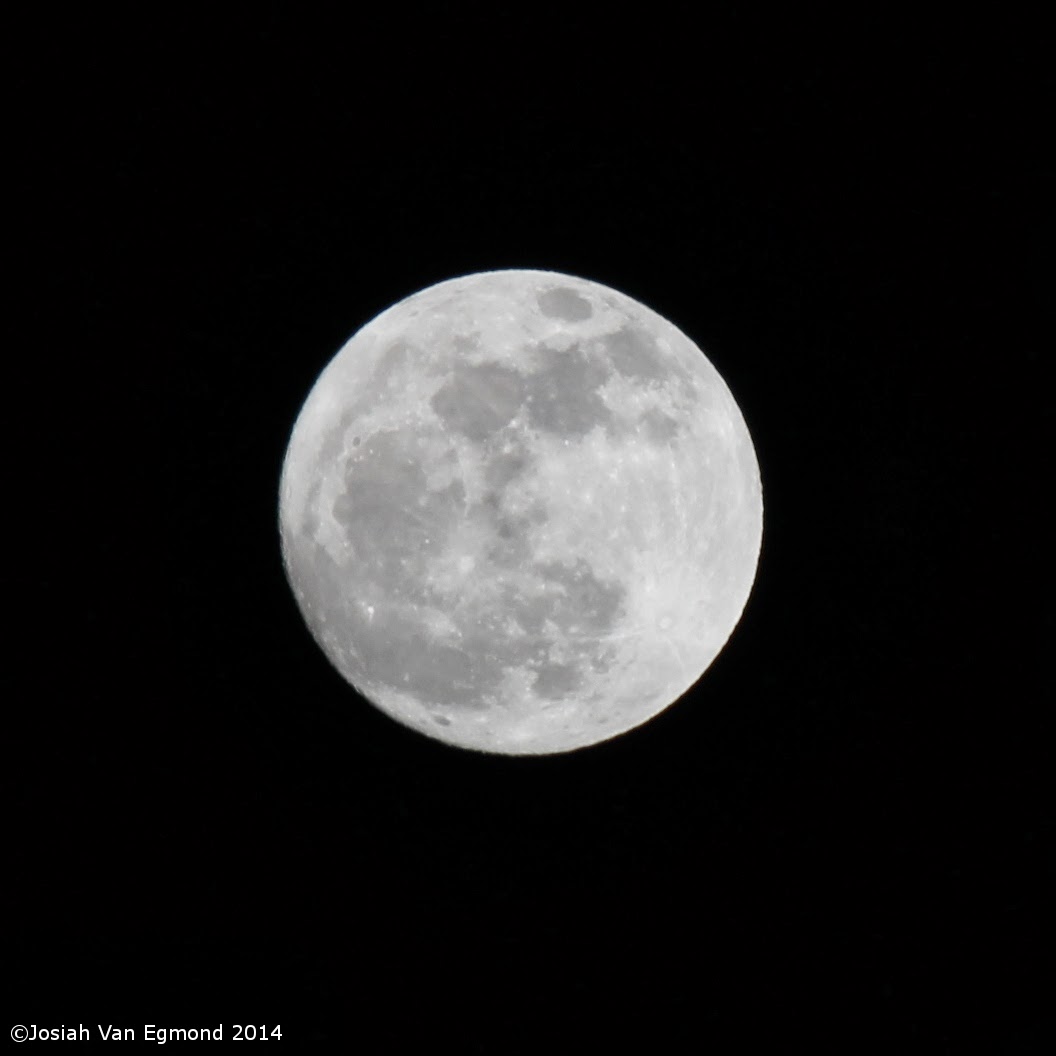 The next day we saw lots of birds at the feeders. I was hoping to see a Red-breasted Nuthatch, they are one of my favorite birds. We saw some goldfinches around the feeders too.


We sat out by the feeders and took pictures. Once when my brother was watching them he saw a tailless chickadee. 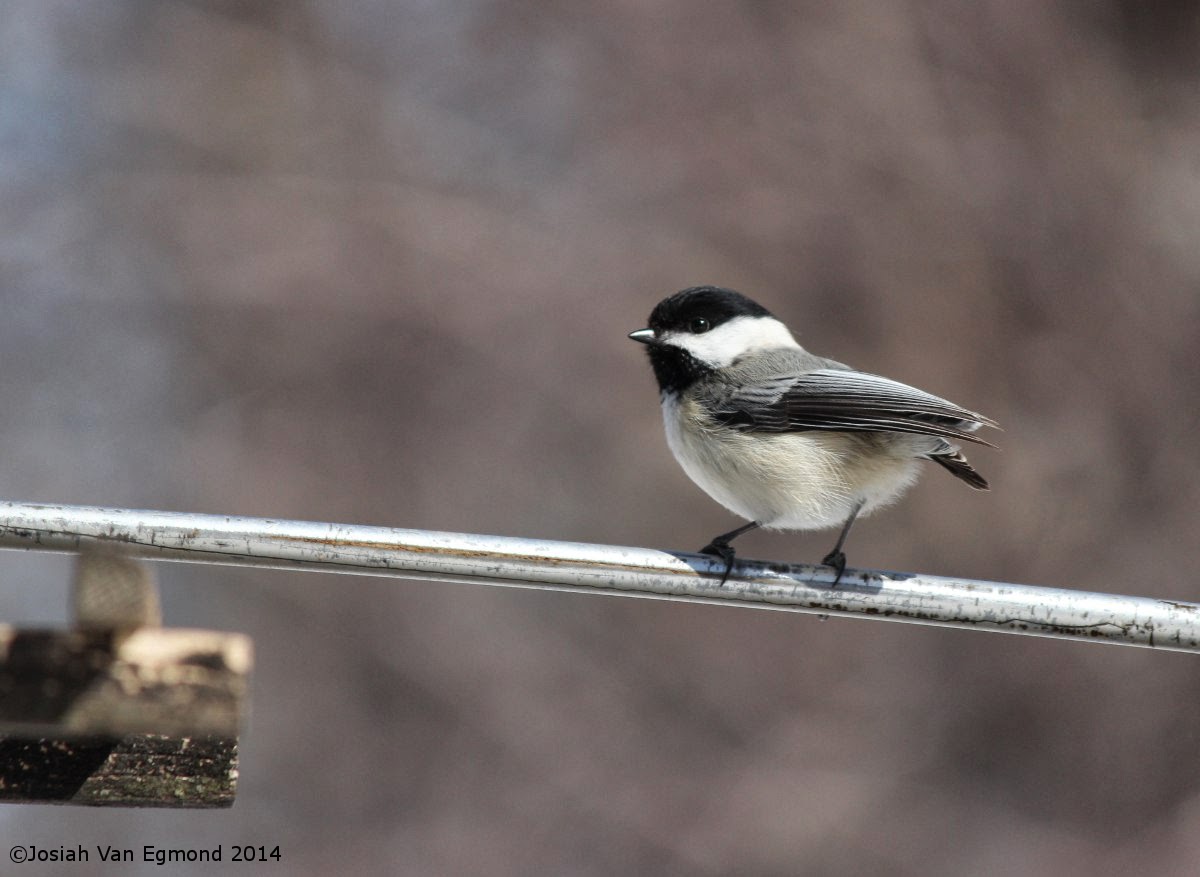 Soon I saw a Red-breasted Nuthatch. There was a male and a female. The male Red-breasted Nuthatch has a darker cap and darker orange belly and the female has a lighter cap and lighter belly. Here’s a picture my brother took.
We saw two house finches, one a male and the other a female.
We began seeing a female Red-bellied Woodpecker around the trees, a bird we don’t get in Winnipeg so it's pretty special. The first time I saw a Red-bellied Woodpecker was this summer in Ontario. I got a picture of it on the suet. 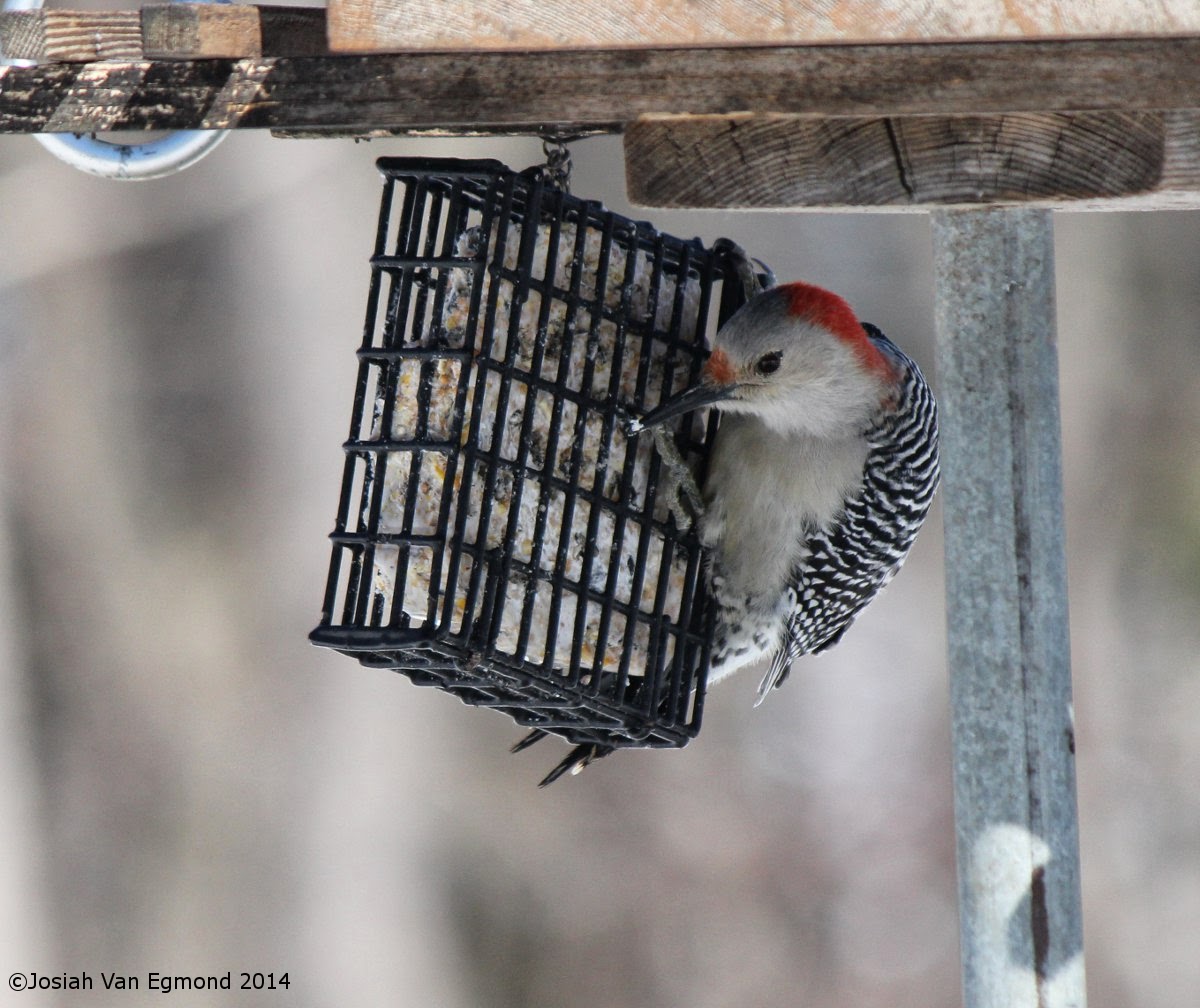 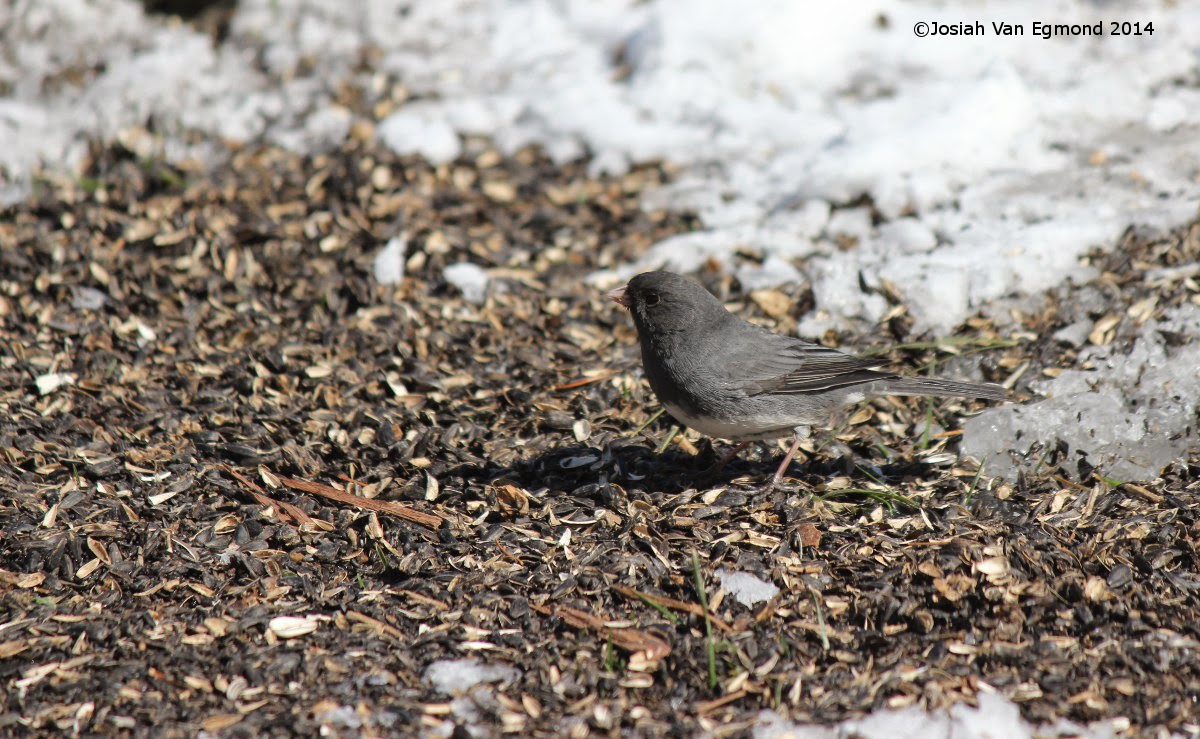 Cardinals are always the highlight of the trip. I love there bright, vibrant colors. There was a female cardinal and four males, which were always fighting. 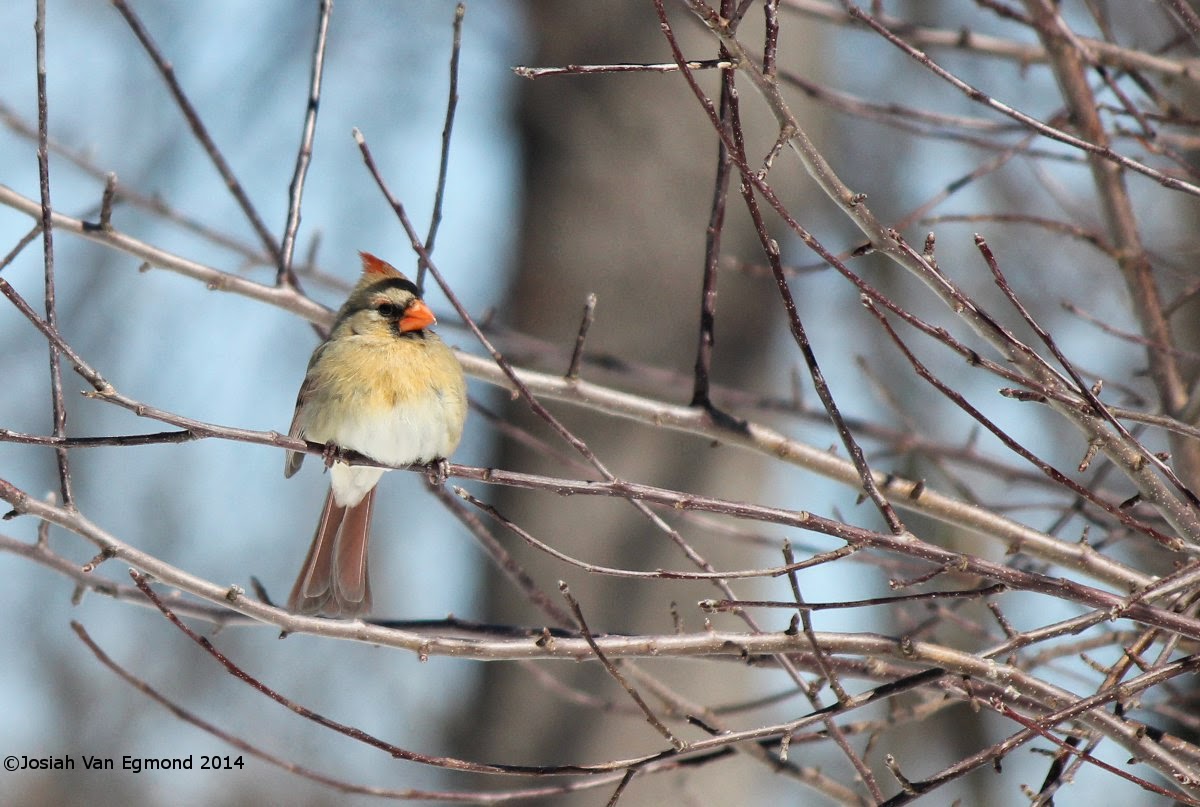 Squirrels were regular pests, always trying to get at the feeders. They climbed onto the squirrel stopper and jumped off onto the feeder, they're sometimes enjoyable to watch and photograph.

Stay tuned for the next part!
Posted by Josiah Van Egmond at 9:20 AM

Email ThisBlogThis!Share to TwitterShare to FacebookShare to Pinterest
Labels: feeder