This is the second part of the "Owl Prowl" with Christian, click here for the first part.

We continued down the road in search of the other great grey that was up ahead. Sure enough there it was sitting on a tiny branch beside the road. We started taking pictures right away, it surprisingly didn't fly away, even though we were only some 15 feet away.

It was very exciting watching the owls smooth movements of the head so closely. Even Christian said he seldom got this close to a Great Grey.

In the picture below the owls eyes look blue, Christian explained it is because they have a transparent eyelid type of thing  called a Nictitating Membrane. It is drawn horizontally across their eyes for protection and moistening while it can still see.
Owls have facial disks that works kind of as a funnel for sound. They have offset ears so they can pinpoint which direction the sound is coming from.
We watched it for a while taking turns with the camera, warming up occasionally in the van. 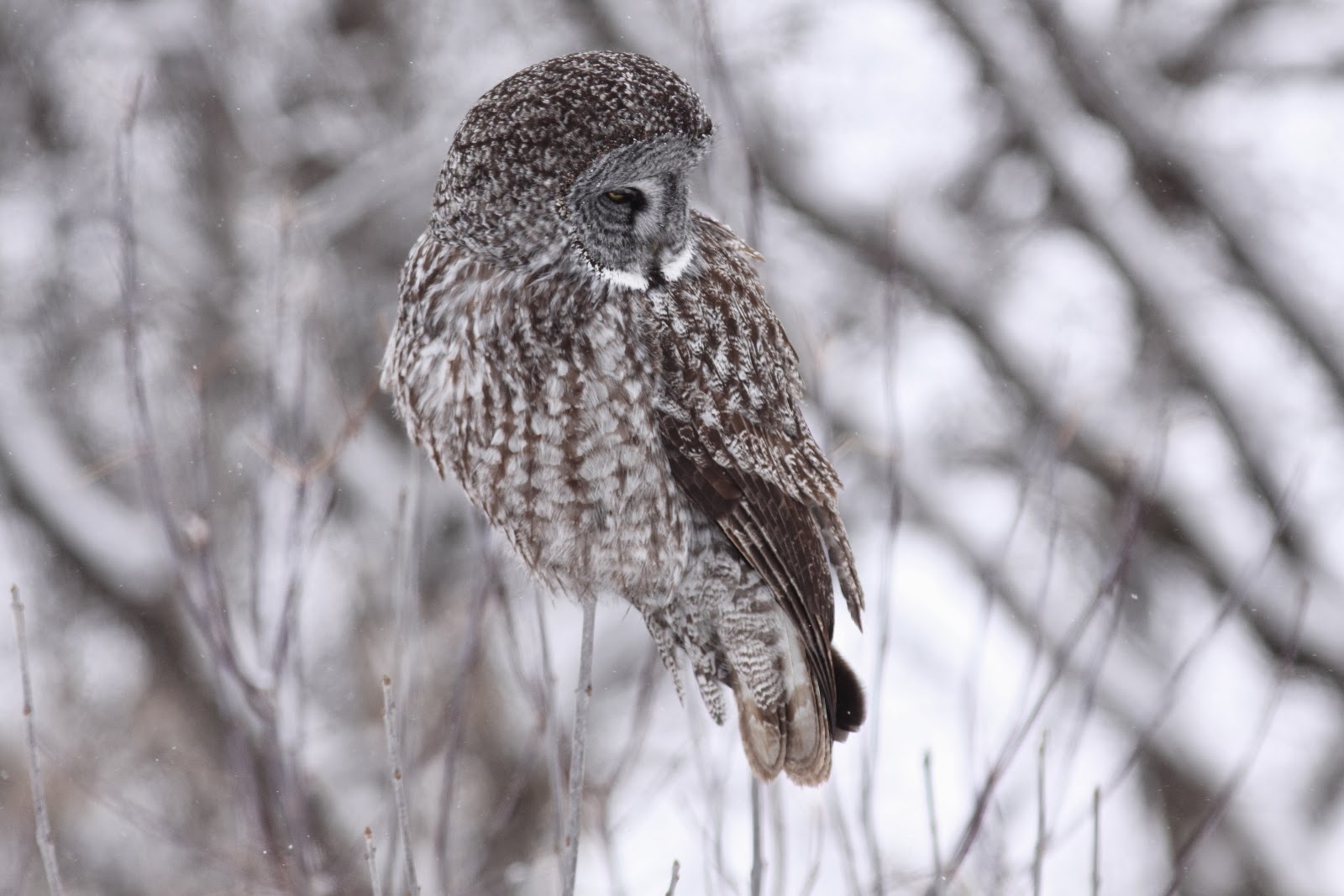 We waited, and waited... and waited for it to dive into the snow after a vole, which would make amazing action shots.
Then suddenly it launched off the branch into flight. Christian had his camera and my brother had our camera at the time so I never got to take any. These are Christian's pictures:
After waiting for a half hour at least, we finally got some photos of it flying. 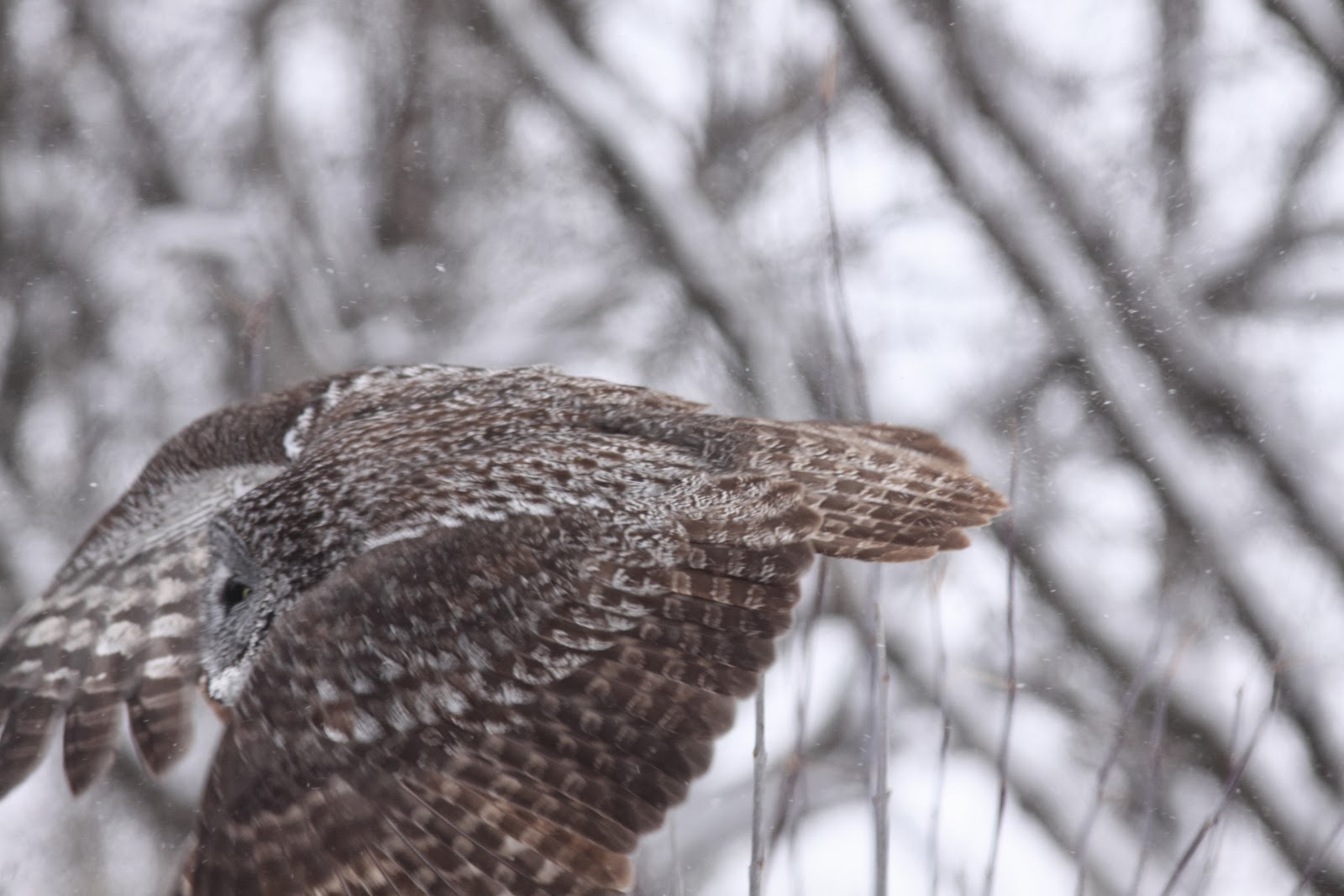 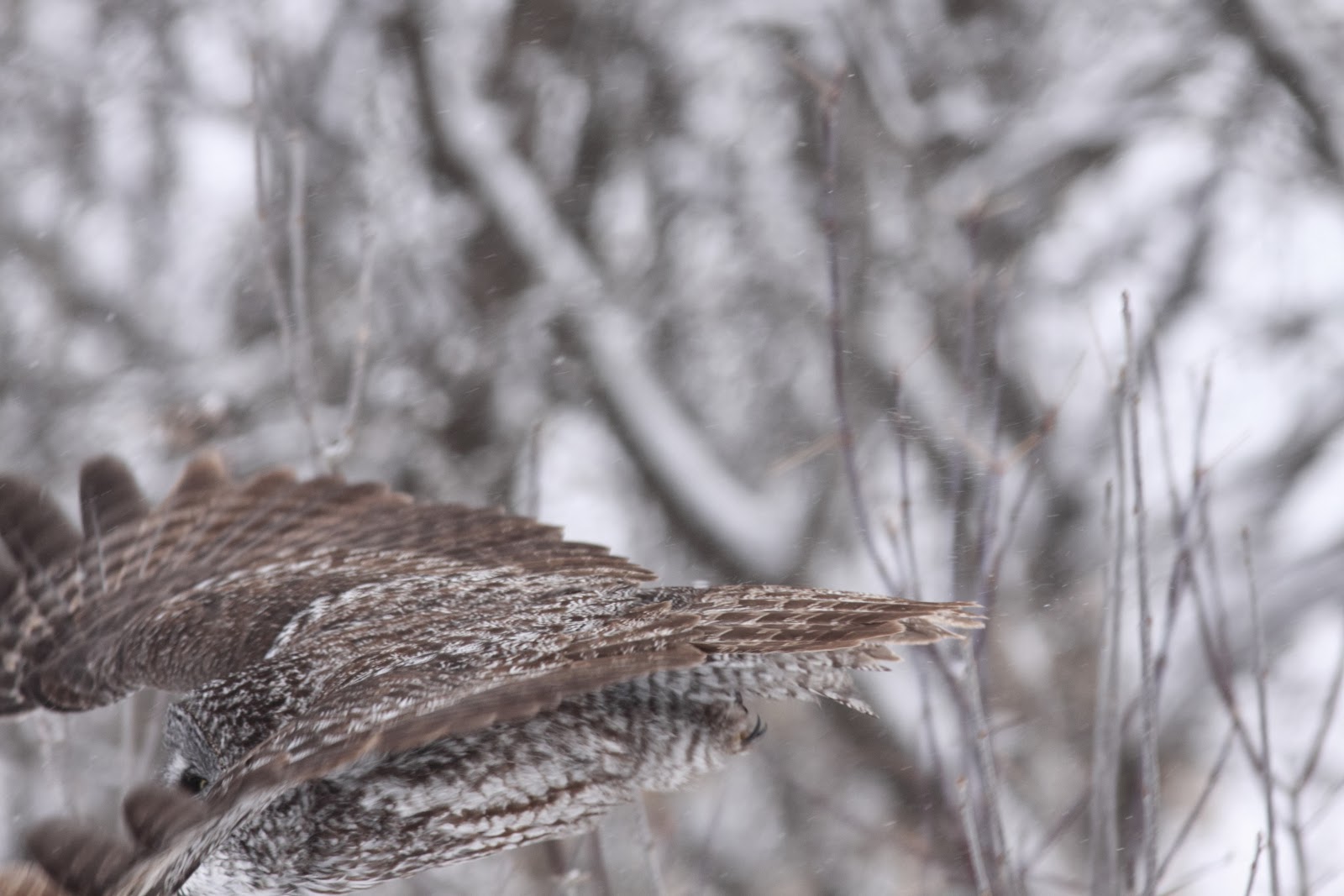 It landed on a nearby branch and we drove slowly up and watched it a few more minutes until we decided it was time to go.

We went to the end of the road and turned around and drove back. We saw the owl sitting atop the tiny branch again, we saw the other Great Grey, plus another one as we drove by. So that's three!

Stay tuned for the last part!

Posted by Josiah Van Egmond at 8:22 AM

Email ThisBlogThis!Share to TwitterShare to FacebookShare to Pinterest
Labels: owl