Today was an great bird filled day for me. A couple weeks ago I had seen something that I thought looked like a goshawk, but I wasn't sure, I could have mistaken it for an owl, but now I'm pretty sure it was a goshawk.
I was in my room and I looked out my window and saw something huge sitting in the trees right by the feeders. It was unmistakably an immature hawk of some sort. I had an excellent view of it from above. It flew off into a tree across the yard.
I rushed downstairs and scrambled for the camera. By the time I got it though it was gone. After some research I had a pretty stable conclusion that it was an immature Northern Goshawk.

I went out to look for it in our back forest. Though when I was outside I didn't see the Goshawk it still proved very productive.
I walked around the edge of the woods in hope too see something. Chickadee's were chirping all around, I heard a Hairy Woodpecker call and drum. Blue Jay's called across the field.

I heard some magpies and was hoping to get some pictures of them. They sprang out of the trees followed by the owl. The Great-horned Owl always seems to be hanging out with magpies. 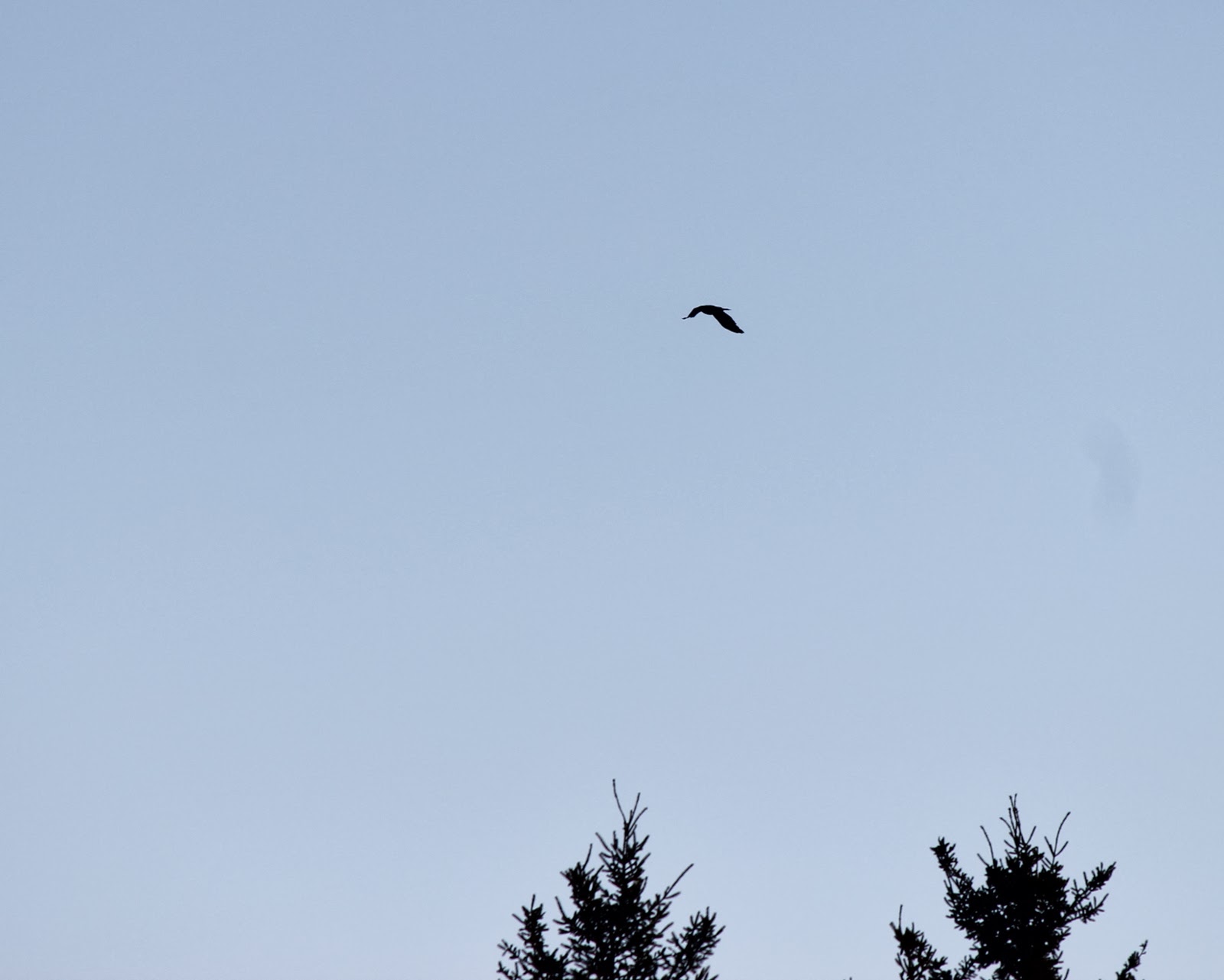 In the evening I continued trying to identify the hawk I had seen earlier that day. It was still leaning towards immature goshawk judging by the size. I phoned Christian Artuso and asked some questions about the two birds it might be, goshawks or Cooper's Hawks. In the end I concluded it was a immature Northern Goshawk, a new bird for my life and year list! My life list is at 157 sp.!
It was a excellent birding day.
Posted by Josiah Van Egmond at 9:35 PM

Email ThisBlogThis!Share to TwitterShare to FacebookShare to Pinterest
Labels: owl