This whole post is at Black Point Wildlife drive, an excellent bird hotspot, especially for herons. We found this spot when we were exploring Cape Canaveral. It's about a 12 km loop, winding through marshy habitat (with palm trees! which is really bizarre for us). I'll try to be sparing on words, and liberal on photos.
Right at the entrance of the loop there was a marshy expanse with plenty of heron lifers. Roseate Spoonbill was a highlight. We spent a few minutes at the entrance photographing them. Reddish Egrets, Snowy Egrets, Great Egrets, Little Blue Herons, Tricoloured Herons, Glossy Ibises, White Ibises were all right there.

We went at a very slow pace as we winded along the thin path, and we had the doors of the van open on either side so we could view the birds better. They weren't very perturbed by us so we could get nice photos and views.
Great Egrets and Snowy Egrets were the most common, but there was an abundance of all the other types as well. It's funny how when you see the first one it's "WOW! Awesome! Amazing!!" and after you see a few dozen around every corner it's "Hm, there's ten, there's a few over there, there's about a dozen there." And that's the way it was.
Anhinga's seemed to like to dry their feathers right beside the road, which offered great close up viewings and photography.

And of course, what would Florida be without gators? This is the first alligator we saw in Florida, it was quite a small one.

Reddish Egrets were also in great abundance, either they or Tricoloured Herons were the most common under Great Egret and Snowy Egret (discounting White Ibis, which were the most common everywhere.
This egret beside the road provided a great photoshoot, dunking in the water and striking excellent poses.

And switch off to the short lens to get some landscape photos. A 300mm nonadjustable telephoto lens isn't the best for that. In this photo there is a Little Blue Heron far in the back, two Snowy Egrets a bit closer, and a Tricoloured Heron and Hooded Mergansers in the foreground. 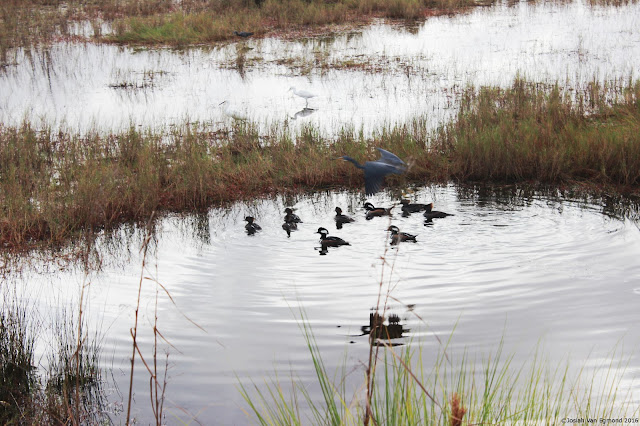 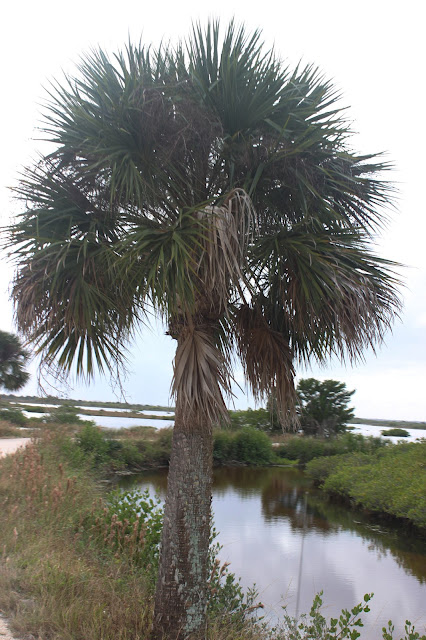 You can get a feel for what the habitat was like in this photo: 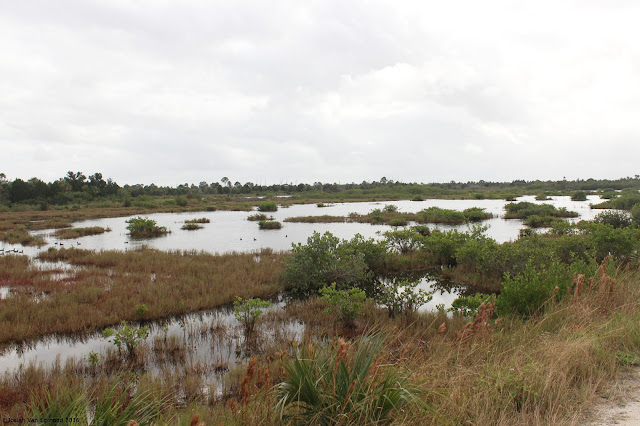 And clip the telephoto lens back on for the bird photos.

I love this photo for how blue the cormorant's eye is.


Wood Storks weren't as common as some of the others, but common enough. They are such cool birds!


Here is a little lookout shelter thingy with a Reddish Egret on top of it. 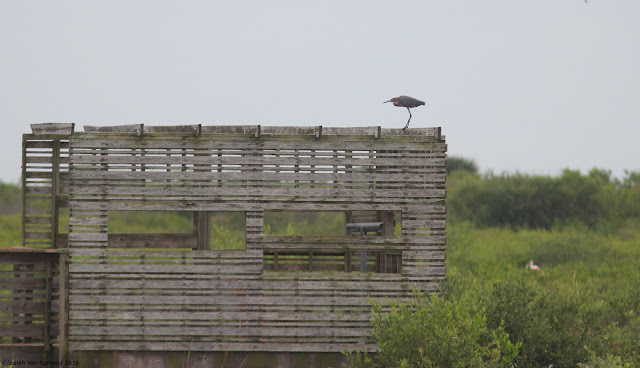 These little birds were sneaking along the ditches on either side of the road. At first I couldn't tell what they were until I got a better look at them, a Common Gallinule! There is also a American Coot behind it, perfect for comparison.
Then we came to this place which was a bit different from the other habitat, a bit of a mud flat. There were shorebirds such as Dunlin, Semipalmated Plover and Black-bellied Plover 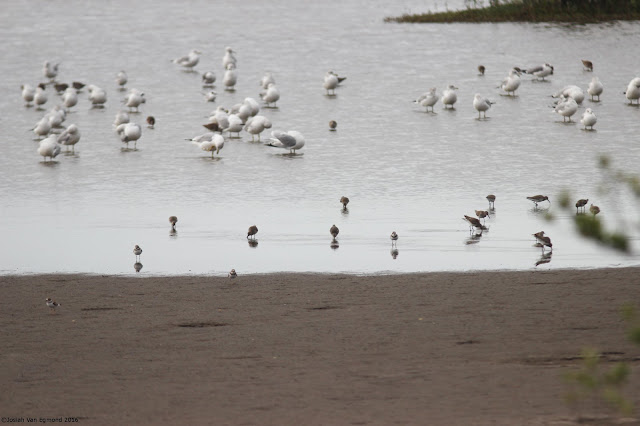 There were a few of these, bushes full of Snowy Egrets. The egret in the center of this one is actually a Great Egret though. 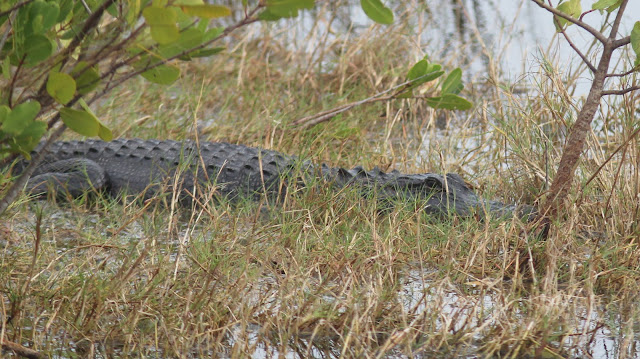 This Snowy Egret on this drainage thing didn't get too much attention from us, because just then we spotted a Green Heron!
Another lifer! These are really cool birds, quite a bit smaller than the other herons.


And another extremely long post has drawn to an end. I hope you enjoyed it as much as me. Stay tuned for the next post!

And if you thought this wasn't enough photos at this spot (which I doubt) we went back later, and got some more!