I had been checking BirdTrax a lot, there were a lot of rarity birds being seen in Winnipeg. Some were annual rarities, one or two being seen every year, while some were very, very rare, like the Eurasian Tree Sparrow, only one or two sightings before this in Winnipeg. I asked Christian Artuso if he would take us out, kindly he accepted. After one attempt to get together was spoiled by bad weather, we planned again.

This was a good opportunity to get 200 species on my life list. Of course, rarity hunting is a hit and miss thing, you can't predict exactly where a bird will be, but you can know pretty well.
We were aiming to look for the Eurasian Tree Sparrow, Varied Thrush and Townsend's Solitaire.

Here is the flock of House Sparrows. 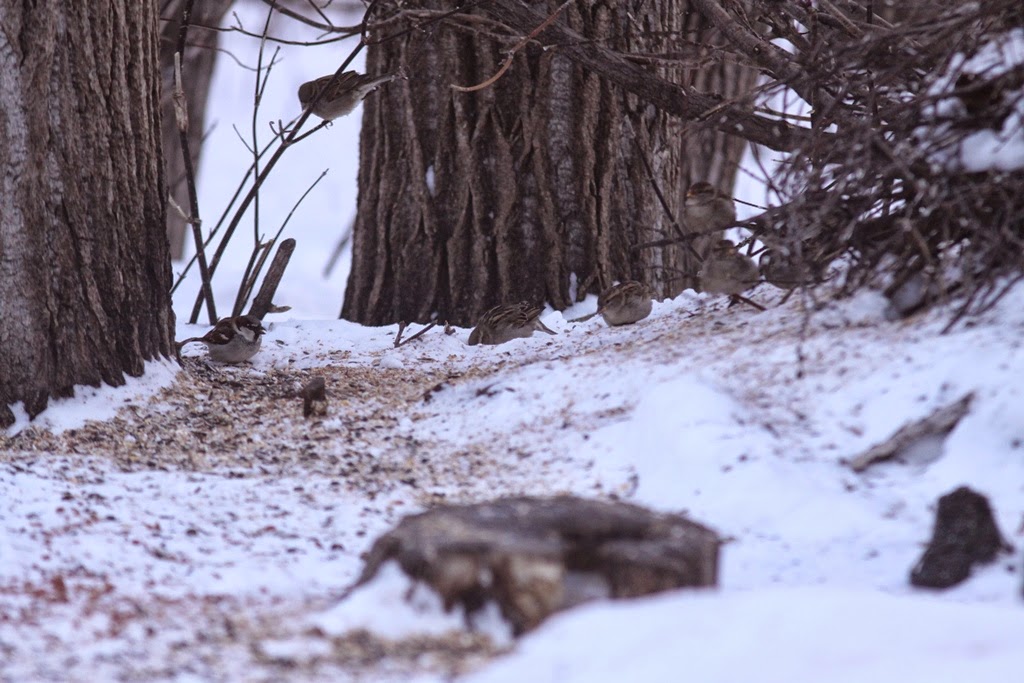 The Eurasian Tree Sparrow among the House Sparrows. It has a very brown cap, and a black cheek spot. We went into the van to warm up for a minute and came out to watch it again. 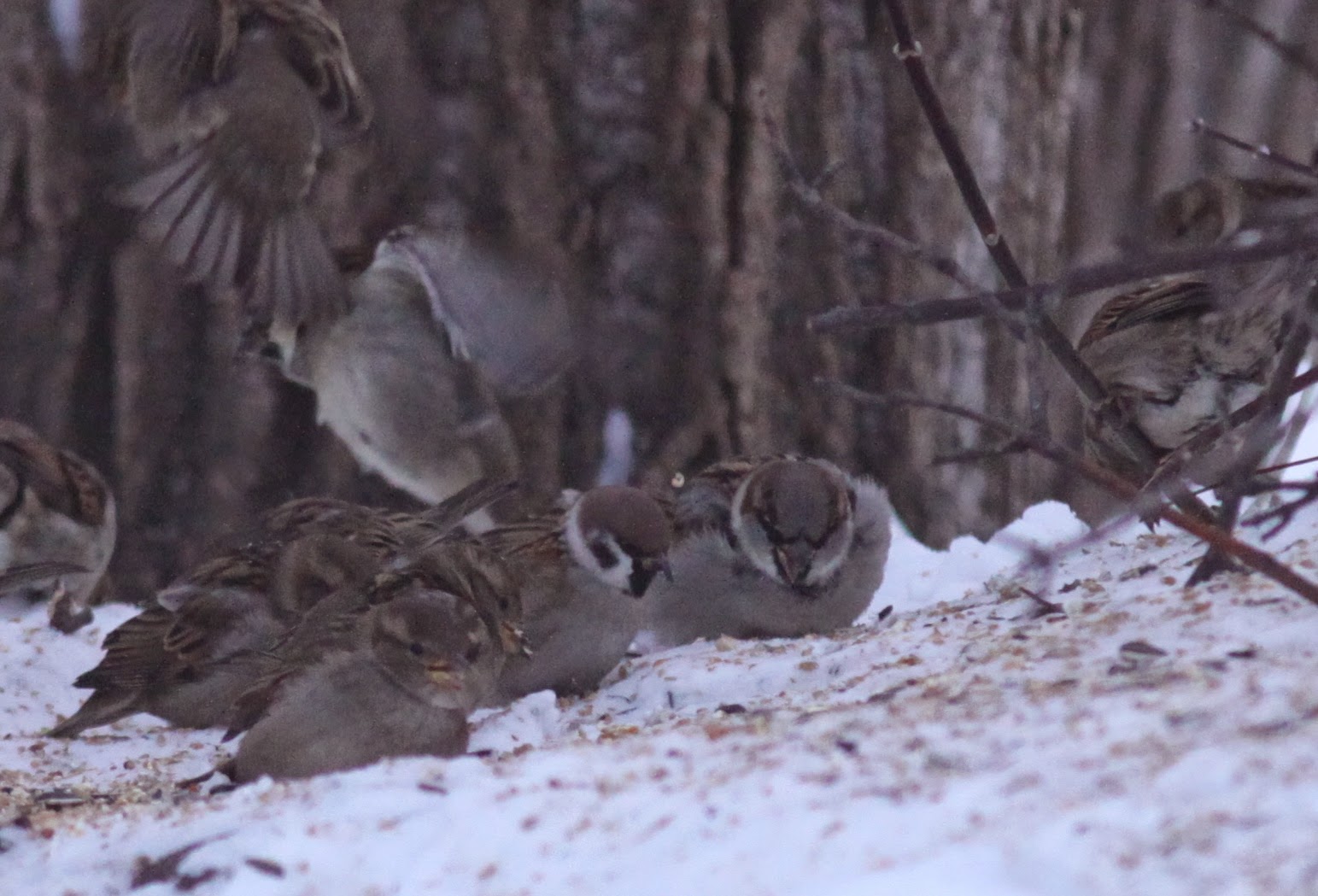 There were also quite a few White-throated Sparrows, a year bird for me. 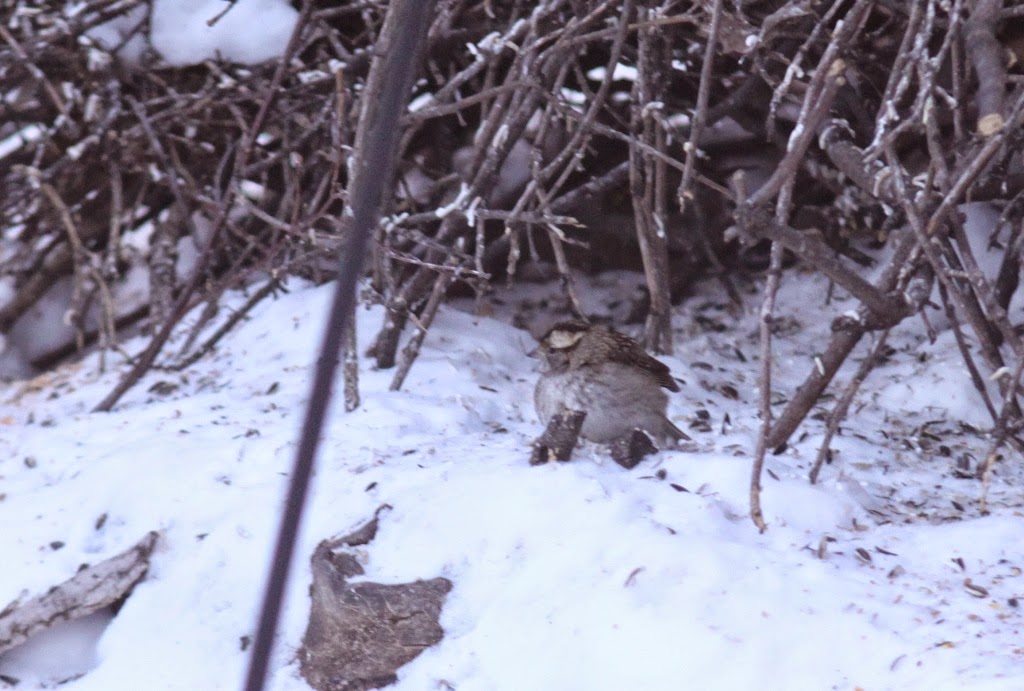 After watching it a while, we headed over to Planet Street and the surrounding roads, Mercury Bay, Jupiter Bay, Saturn Bay, Mars drive, and Neptune Bay was where the Varied Thrush had been seen most often. We stopped quickly at Christian's house so he could drop off his vehicle, and quickly look around to see if an Eastern Screech owl was there. We drove around, and walked around, finding quite a few birds. One of the highlights was a small flock of Hoary Redpolls.
I saw this loaded spruce tree, with lots and lots of cones. I later identified it as a Colorado Blue Spruce
There were also a few robins here, which was a year bird for me at the time.

There were also some Bohemian Waxwings around, eating berries. 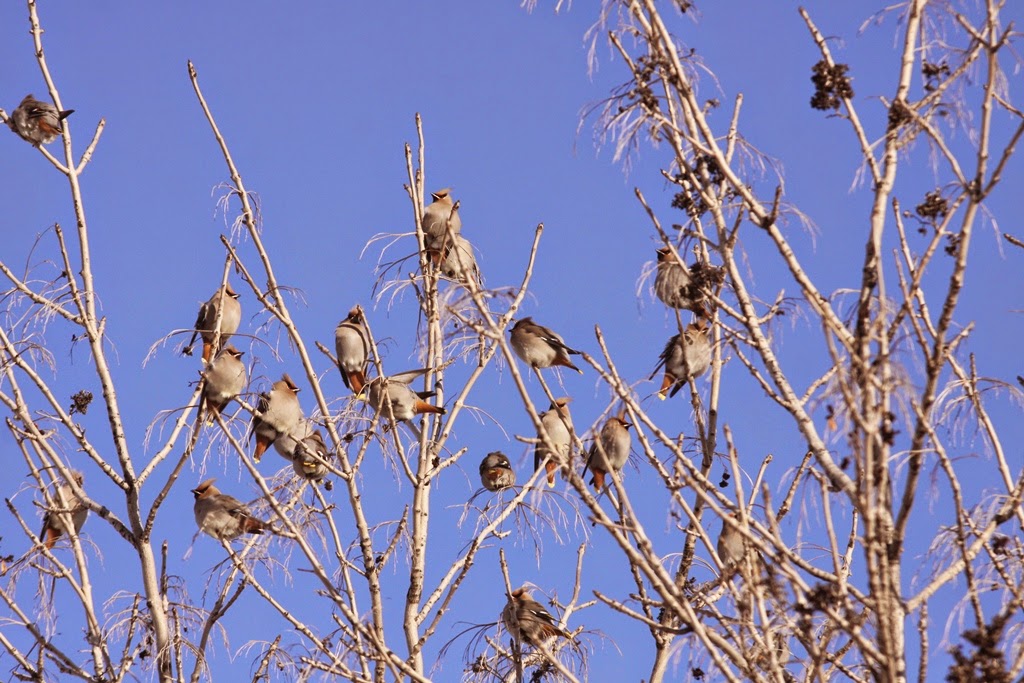 We patrolled back and forth from planet to planet ;), there were many bright red berry Mountain Ash trees. 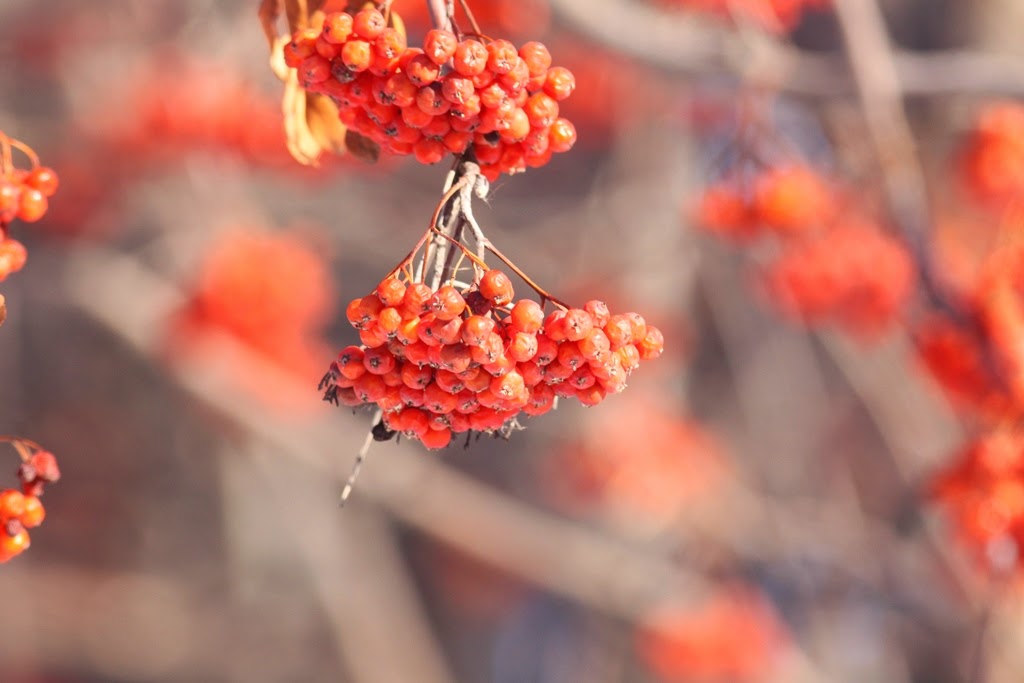 We found some starlings also. We thought the Varied Thrush was really out of it's range, chilling (literally) at Neptune. 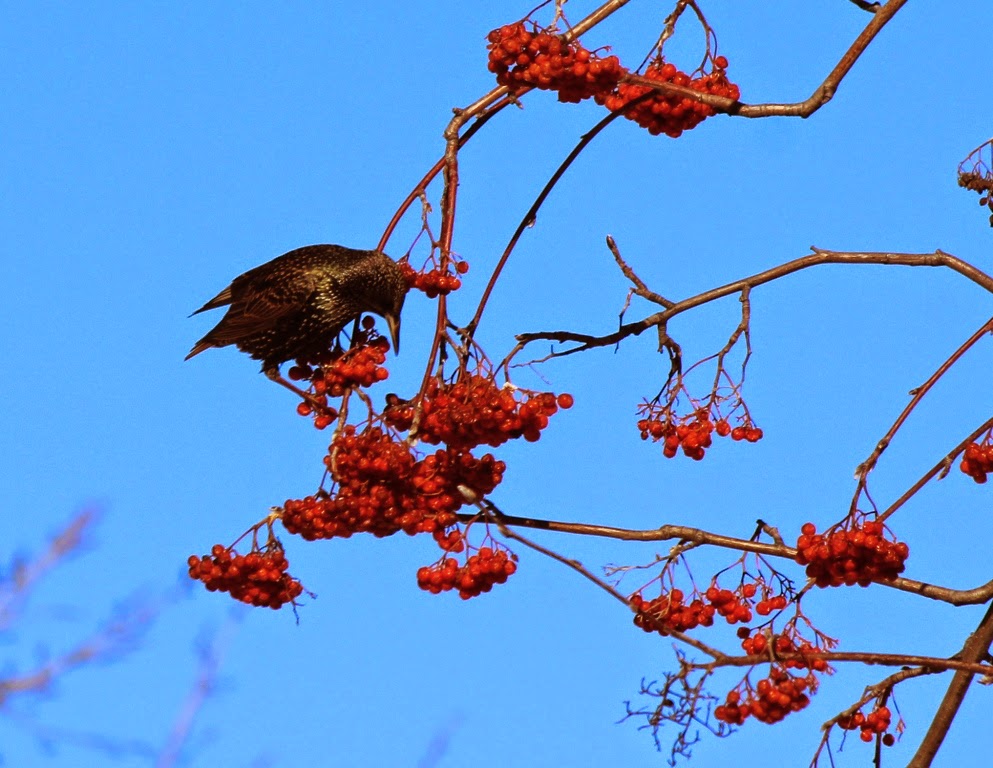 After a fruitless search at the planets we left our solar system to see if we could find the Townsend's Solitaire that had been sighted.
We checked from berry tree to berry tree, to see if it was feeding with the Bohemian Waxwings or Robins.

After a while of searching, and the numbers of robins going up and up, we still couldn't find it. There were maybe fifty robins feeding in the bushes.


We finally called it a day. We hit one out of three of our target species, a successful day! And, the Eurasian Tree Sparrow was the rarest, the others apparently show up once a year or so.
Once again, thanks to Christian for taking us out! It was a fantastic time, as always. I'm not sure if we've ever not seen a lifer on an outing with Christian.
Posted by Josiah Van Egmond at 11:45 AM