This is the second part of the Oak Hammock Marsh Birding with Christian Artuso. See the first part here.

We were hoping to see some early shorebirds. I spotted a Greater Yellowlegs and was able to identify it by myself.
We also saw two American Avecots feeding by the shore. We got some really good pictures. 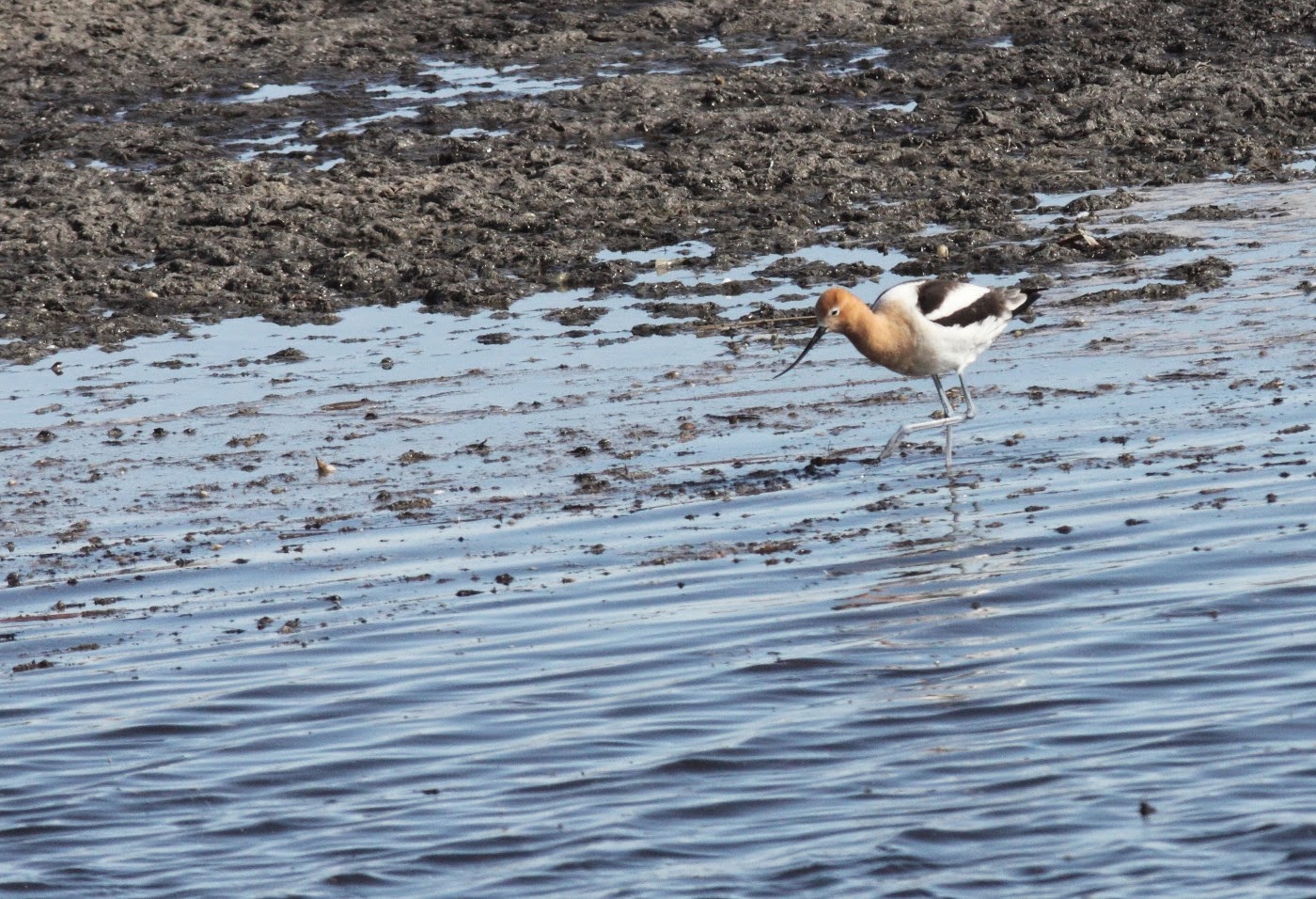 We saw quite a bit of waterfowl. American Coots, Northern Pintails, Mallards, Northern Shovelers, we even saw a Greater Scaup, which was a lifer for me.

Some other birds that we saw were Franklin's Gulls, Double Crested Cormorants, and two Snow Geese.
Red-winged Blackbirds are excellent photo subjects, so I have included plenty of pictures.

Red-winged Blackbird waiting for the ice to melt. 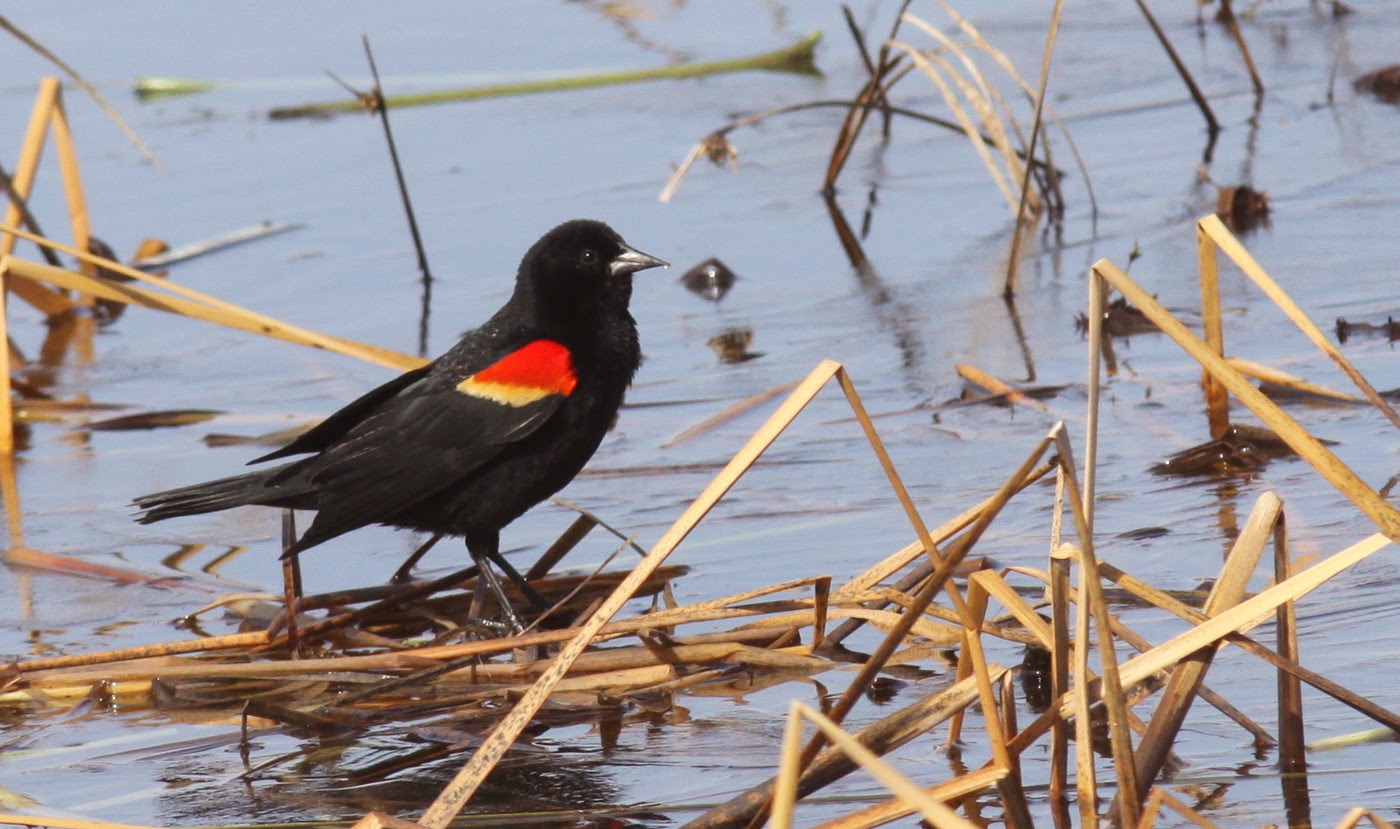 I got this shot of it flying, the brilliant red makes them a bird worth seeing. 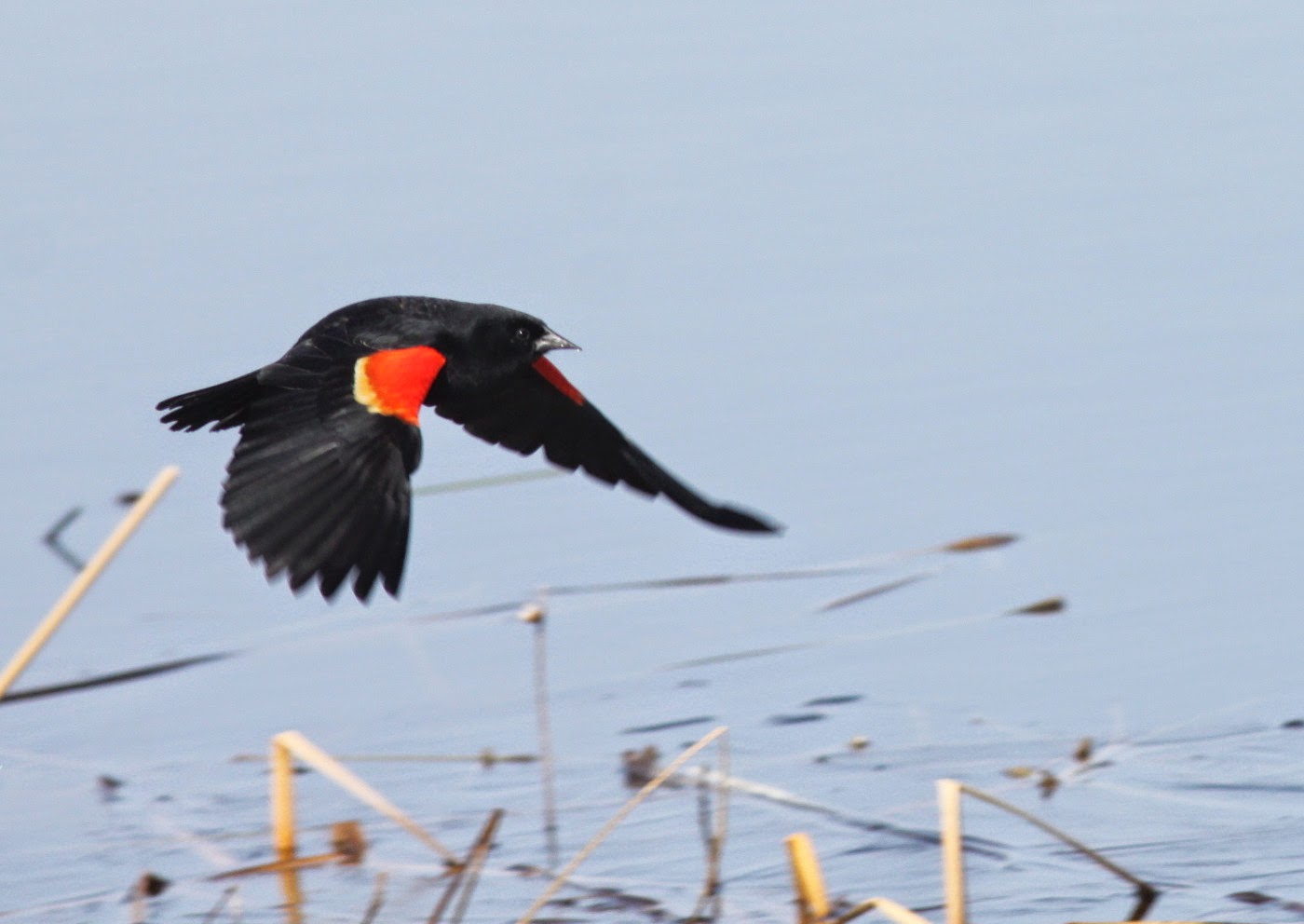 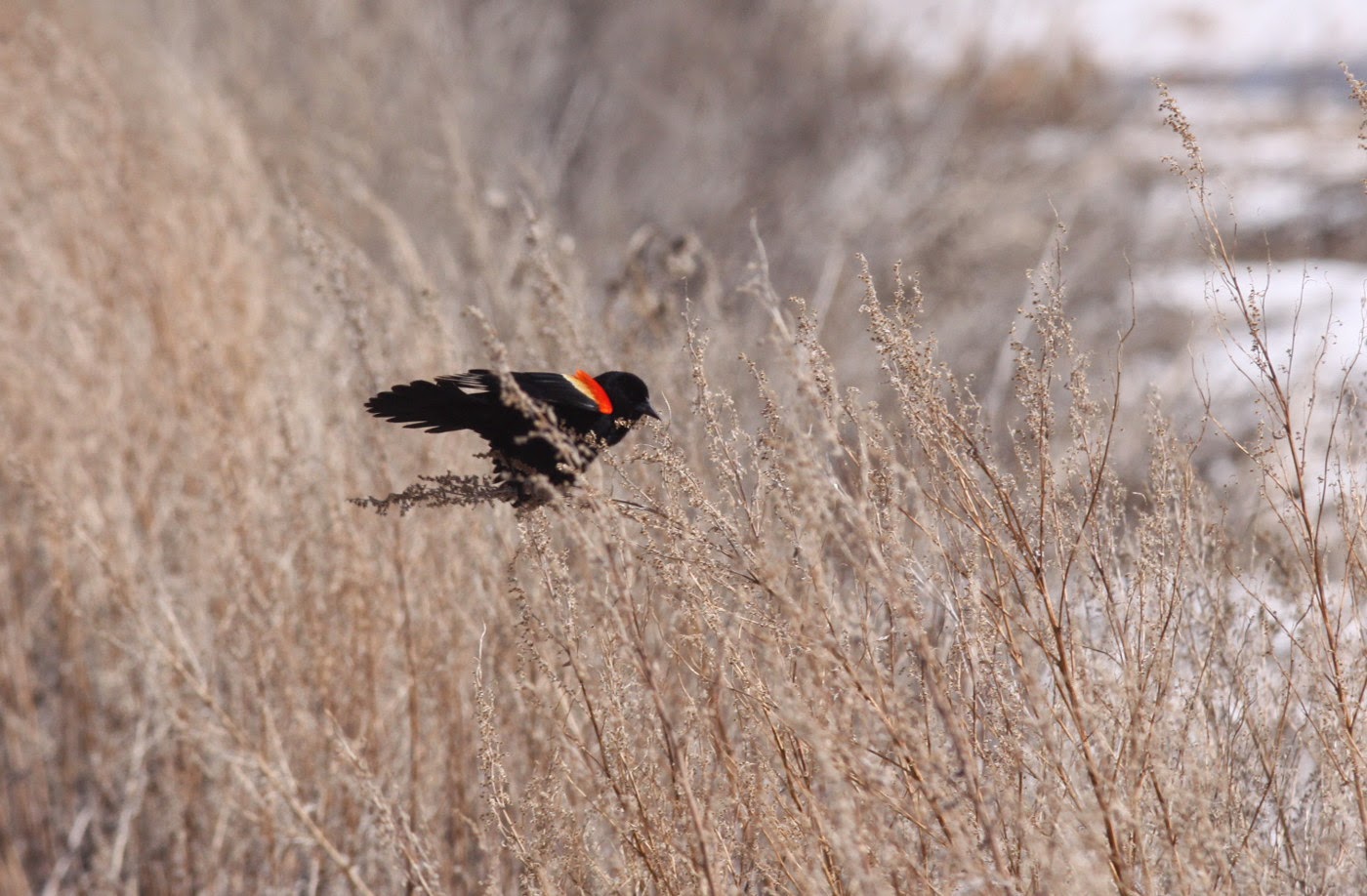 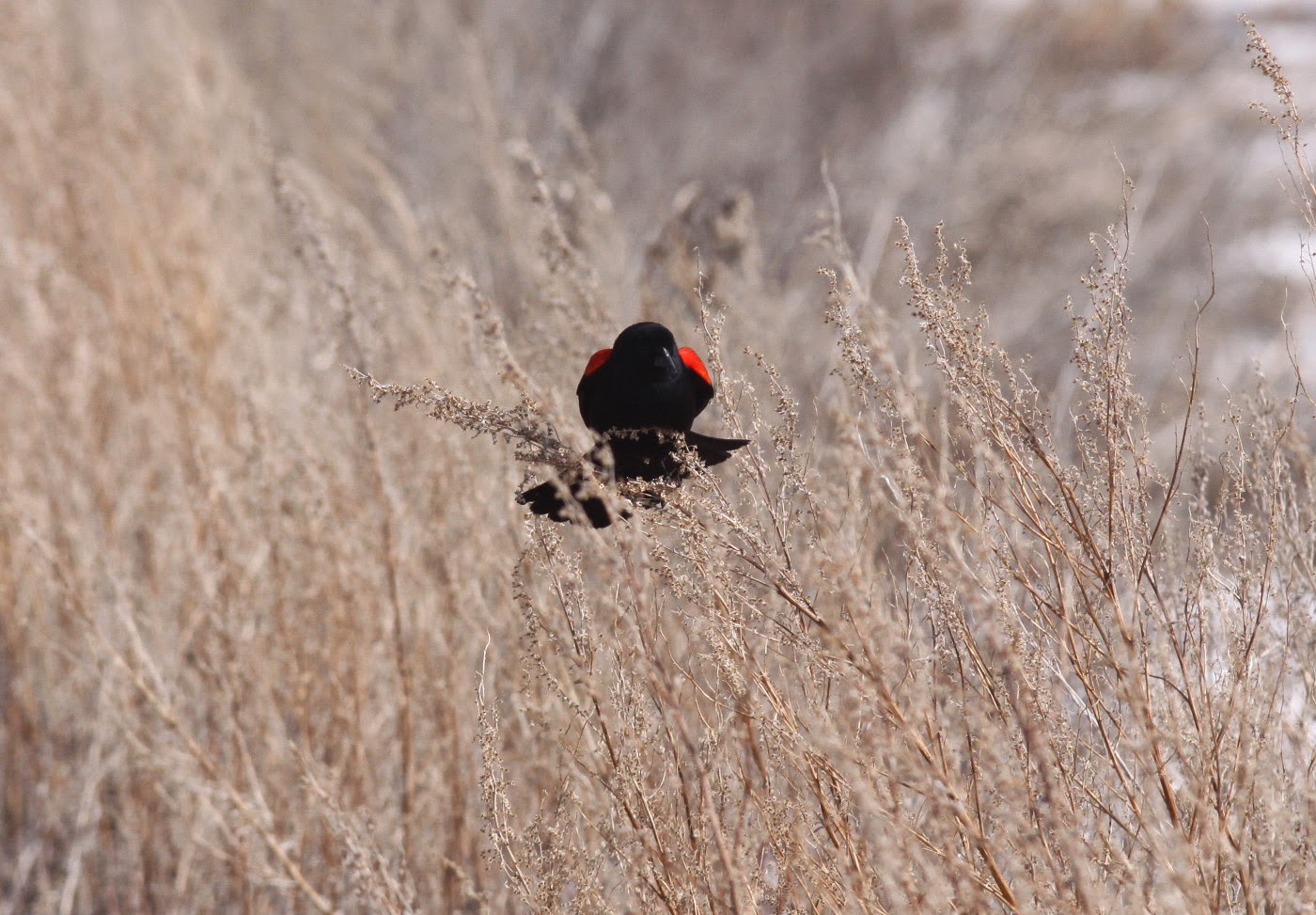 We were able to get really close to one. 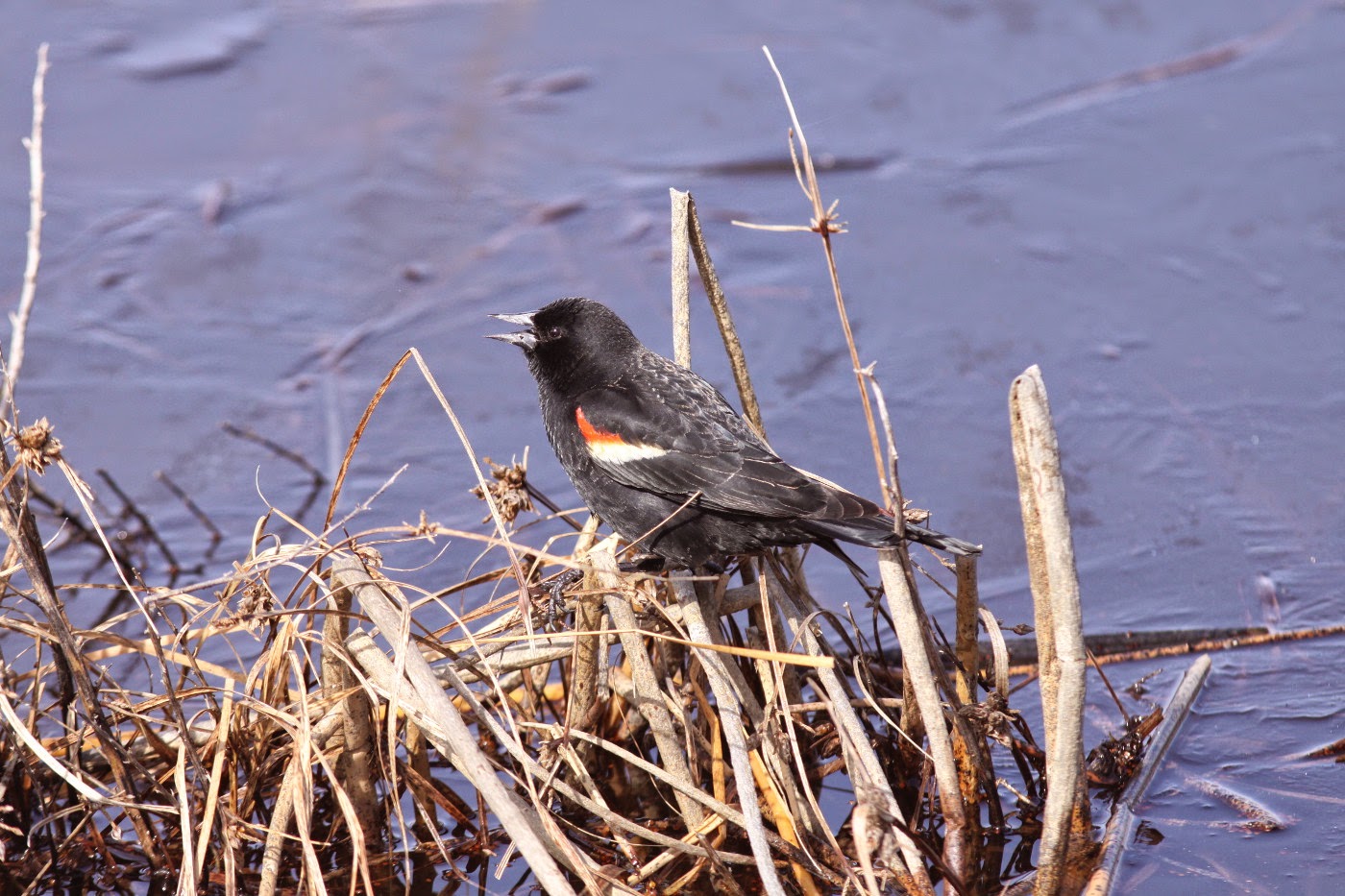 As we walked back to the car on the trails we saw a Muskrat, which I don't remember ever seeing. I like birds but I really like mammals too.
We saw some Tree Swallows in the parking lot and I got some decent pictures.
On the drive back we stopped at the Red-tailed Hawk nest by Lockport we had found a couple weeks before. We were looking at the nest, we couldn't tell if there was a head sticking out. When we set up the spotting scope we could see a head. The hawk flew away and I managed to get this picture.

That concludes the Oak Hammock Marsh Birding series. Thank you Christian for taking us out once again!!