We should have arrived in Churchill by now. I have made these posts before, and have them so they are published automatically on a set time and date.

So here are the raptors I have seen this spring.

Early in the spring we made an exciting discovery, a pair of Long-eared Owls were sticking around our forest, which is perfect habitat for them to nest. They stuck around for quite a while, I'm not sure exactly what they are up too, my mom has heard and seen some birds making a racket while she was working in her garden at sunset. She hasn't heard or seen anything like that though for a couple weeks. I haven't heard any hooting, and the misquotes are much to bad to stay back at sunset for any time at all. We have got some very good pictures of them, the owls aren't very shy at all, and they are VERY camouflaged, you can walk up and be a couple feet away (literally, it's happened to me numerous times) without seeing them.
Here is one of the owls through some pines
I really love this picture of one of the owls peeking from behind a tree, it looks so cute.
Here is a clear shot of one of the owls my brother got, it was about ten feet away.
The Cooper's Hawk returned once more, though it isn't nesting in the same place, I believe somewhere else in the neighbourhood.

A shot of the Cooper's Hawk flying

Me and my brother were out looking for birds when we saw the Cooper's Hawk eating on a half fallen tree, a couple days later I went outback again and the tree had fallen completely over.

Red-tailed Hawks are abundant as ever, I was able to get a really good picture of one as it flew right over us. 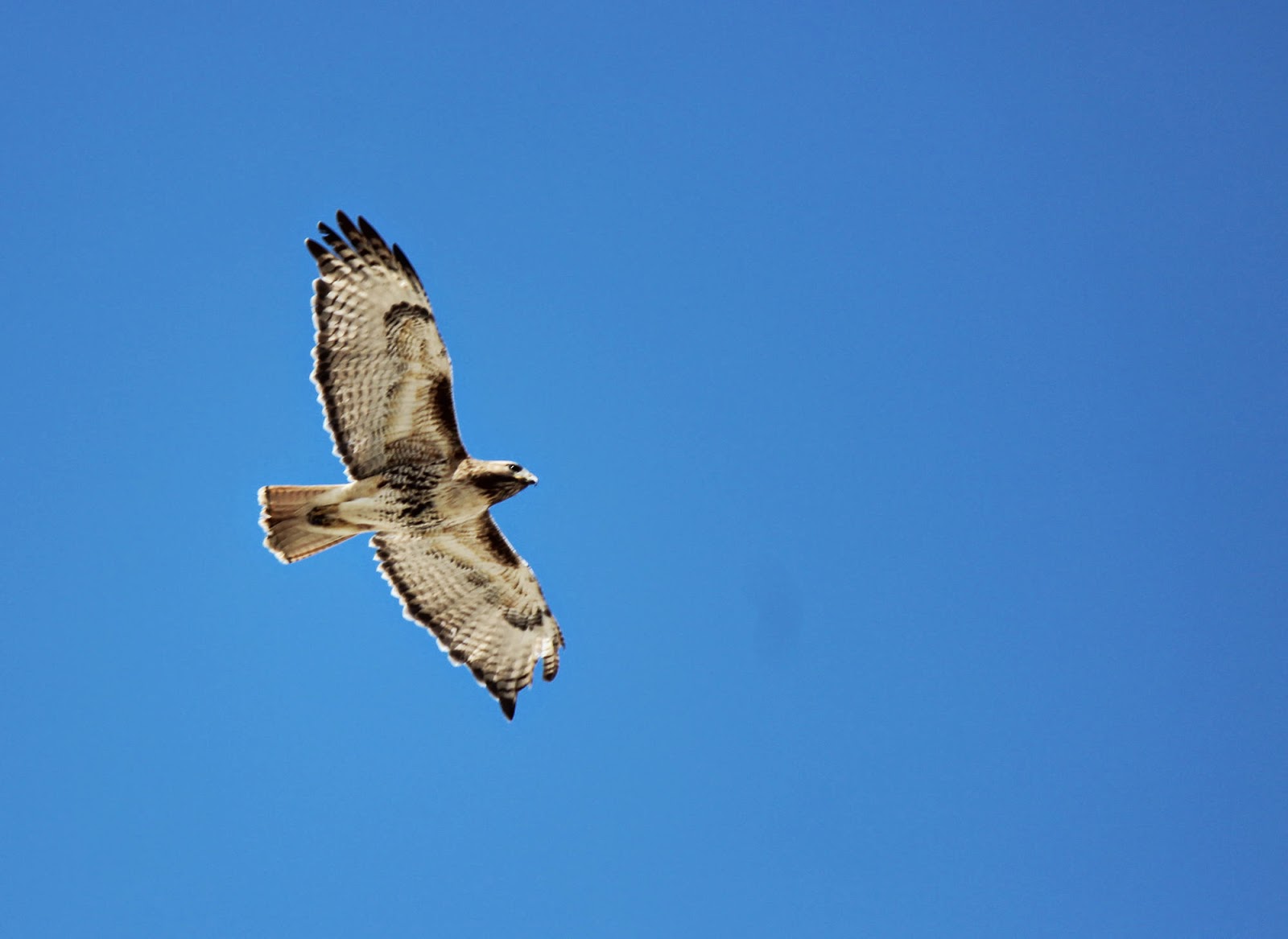 I have seen quite a few Merlins this year also, there is a pair living somewhere down the road I believe, my brother got some pictures of them. 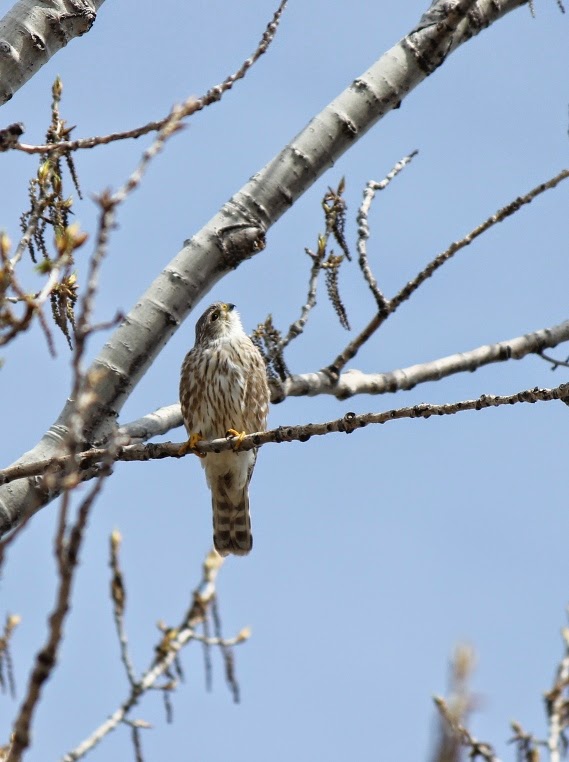 I've seen a fair amount of Roughies also, on our outing with Christian Artuso, we saw two sitting in a tree.

Bald Eagles are very striking birds, and it was a treat when one showed up in our neighborhood and even landed in a tree. I was able to get some really good pictures as it flew out of the tree.

Immature Bald Eagles are also fairly common, I saw this one near Lockport
I got some very good Red-tailed Hawk pictures also near Lockport.


A Sharpie visited our yard a couple times in early spring, my brother got some pictures of it.
Kestrels are numerous among the neighborhood.
It was special when an Osprey flew by our house and I was able to get a picture, and it was even carrying a fish.

Turkey Vultures are very common, circling around in the sky. One flew over very close and I got some really good pictures.

And last of all, Harriers, they were common a bit earlier in Spring, flying low over the ditches and landing. I got a good photo of one carrying prey away.