Birding has been pretty slow around here lately, with migration basically over and being busy with school. Two weeks ago we went to Oak Hammock Marsh for their bird banding they have every Friday. It was a really fantastic experience.

Warning: Lot's of pictures!!! I decided to make it all in one post.

First of all we walked around a bit, we didn't know where the bird banding station was. I saw two lifers right away, Black Tern and Lesser Scaup.

There were a couple Blue-winged Teals swimming around. My brother got this picture.
We figured out where the bird banding was, and stopped to take some pictures of the Purple Martins for a moment. 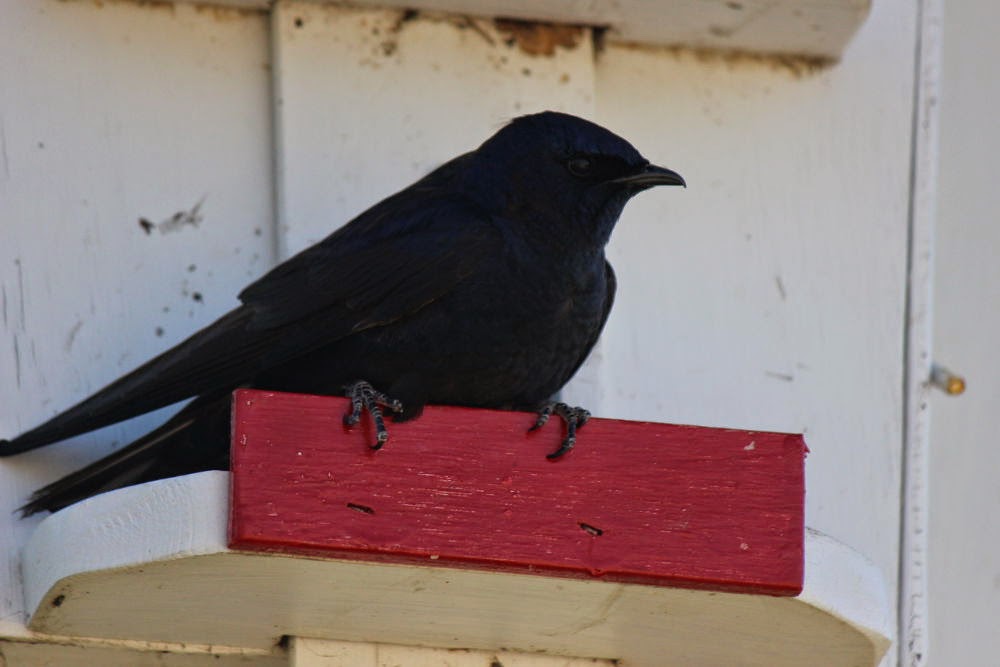 Here is a robin nest near one of the nets.
It was a very windy day and only two nets were up. When the wind blows the birds can see the nets, so they weren't expecting to catch anything that day. We were lucky though, we checked the nets and we found a bird! They took it to the banding shack and showed it for everyone to guess. I knew it was a flycatcher, I thought it was a Least Flycatcher. It ended up being a Traill's Flycatcher. For those who don't know, Traill's Flycatcher is either Alder Flycatcher or Willow Flycatcher. The two are physically impossible to tell them apart, so if you can't hear their call (you can tell them apart by their calls and songs) they group them into Traill's Flycatcher.

There is a Barn Swallow nesting on the banding shack
The Yellow Warbler was a very bright coloured male.
A very handsome bird.
Here is the Yellow-headed Blackbird
It had a very raggedy tail.
Close up!
The next round of checking the nets we caught a Brown-headed Cowbird.

Checking leg size
Releasing it, almost the instant it was let out it was gone.
The banding ended at about ten, so we wandered the marsh awhile, looking for birds.

I was hoping to see some new shorebirds, and saw some we did!

Update: Thanks to Anonymous for correcting me, it is not a Marbled Godwit, but a Willet. Either way, it's a lifer!

Here's a Marbled Godwit Willet!, a lifer!
A couple pellies flew over.


We saw some coots along the reeds in the marsh also.
We saw a whole bunch of small shorebirds, we weren't sure what they were but I got some pictures and sent them to Christian Artuso afterwards. He responded and said they were a mix of Semipalmated Sandpipers and Baird's Sandpipers, and possibly one or two other! Both are lifers for me and I was pretty excited!
Up, up and away! It was really cool to see them fly, so many! 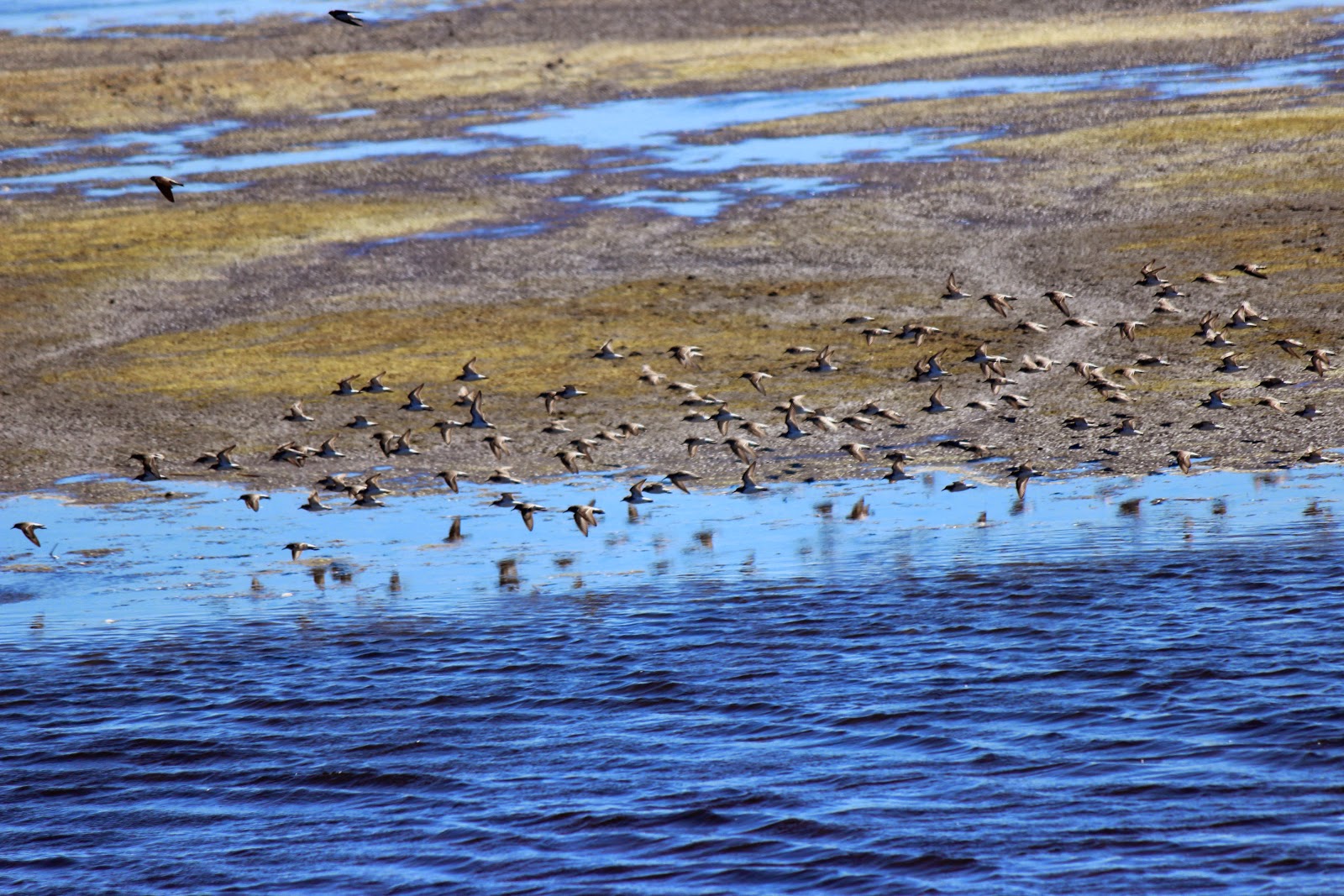 We saw a shorebird fly by, we weren't sure what it was but we thought it might be a Wilson's Snipe or something. Luckily I was able to snap a few pictures, we later identified it as a Wilson's Phalarope!! Also a lifer!!
There were many goslings following their mothers around, so cute!
We saw an immature Yellow-headed Blackbird before and after we banded it, though I don't think it is the same bird.
We got an Oak Hammock Marsh membership so we can go in the interpretive centre for free now! :D 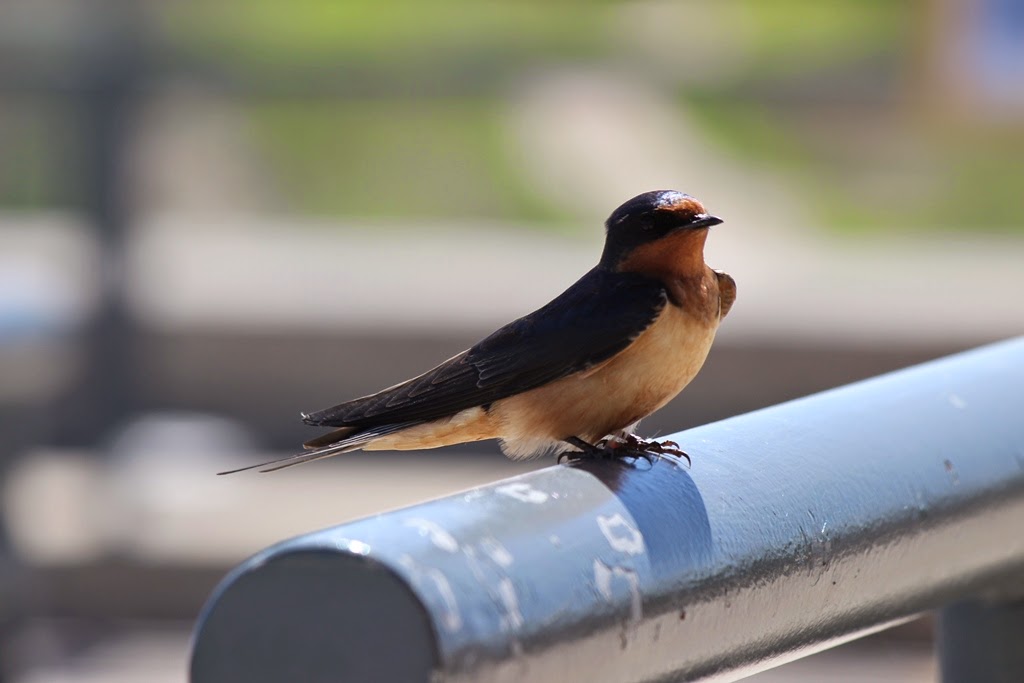 There is also a pair of geese nesting on the roof. 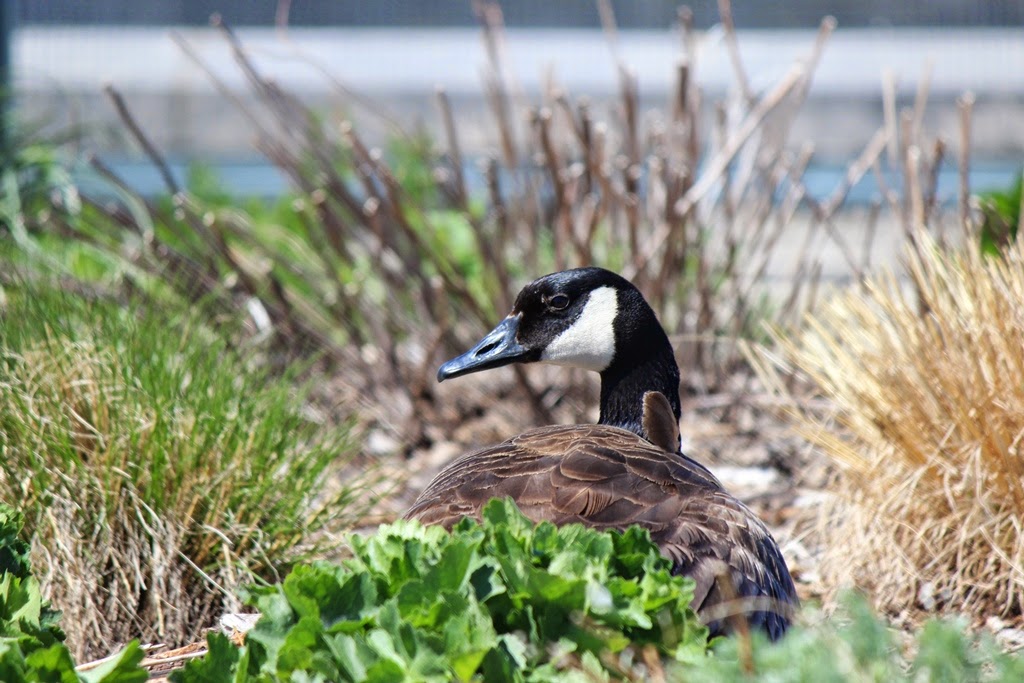 A Barn Swallow nesting on the side of the interpretive centre
Time to go now... Awwww. But I had a great time! I got six new birds!!!! Lesser Scaup, Black Tern, Semipalmated Sandpiper, Baird's Sandpiper, Marbled Godwit and Wilson's Phalarope.