We continued seeing lot's of birds at the feeders. There are never a shortage of Mourning Doves too.
The property has a really cool forest behind it which you can walk through to the Credit River. The ice storm had knocked down a lot of trees in the woods, sometimes blocking the path. Geese were very common at the river, and everywhere else.
I took daily walks down to the river with my brother. 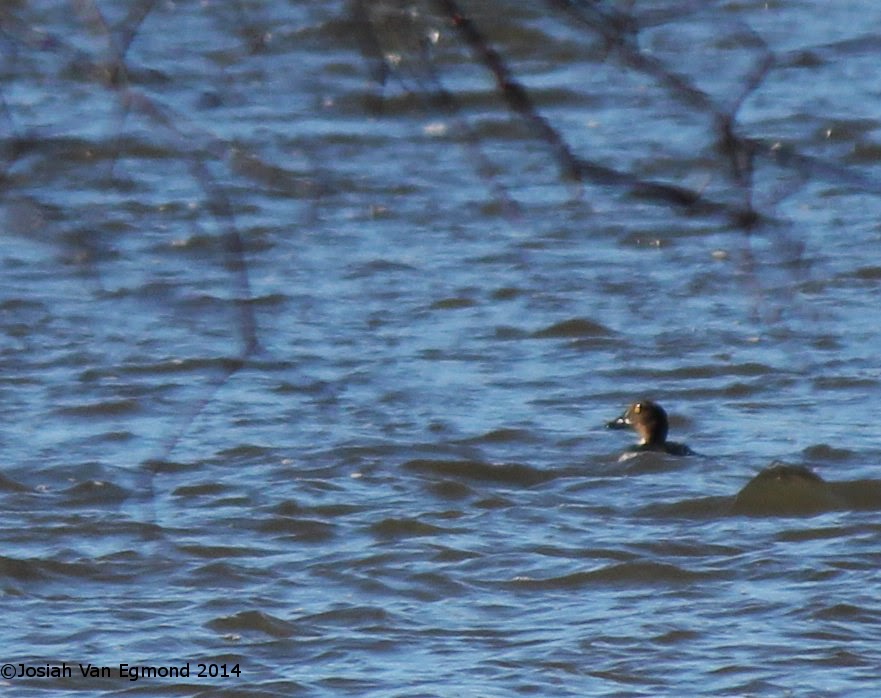 One day, when we were just getting back to the house, we noticed something in the tree, a bird, a hawk, a Cooper's or Sharp-shinned Hawk! After a while we identified it as a Sharp-shinned.

We thought there had been a hawk living around here, we had found remains of a cardinal and cedar waxwing. I was lucky to get this picture of it flying.
To my surprise, one day a Red-winged Blackbird showed up at the feeders. I'm not used to having them actually come to the feeders.
I had lot's of time sitting in front of the feeders with the camera, so I tried to get some flying pictures. I was really successful as you can see from the Red-breasted Nuthatch pictures below.


Stay tuned for the next part!
Posted by Josiah Van Egmond at 8:38 PM

Email ThisBlogThis!Share to TwitterShare to FacebookShare to Pinterest
Labels: trip