One week go, Tuesday, we were in our house making snacks when I looked out the window, AN OWL! That was a little unexpected. I scrambled for the camera, and after changing lenses from the short one I started snapping pictures. It was right beside our feeders, sitting nice and still and quiet. I quickly identified it as a Barred Owl. Barred Owls aren't too commonly seen in Manitoba so it's quite the bird. I emailed Christian Artuso about it right away. 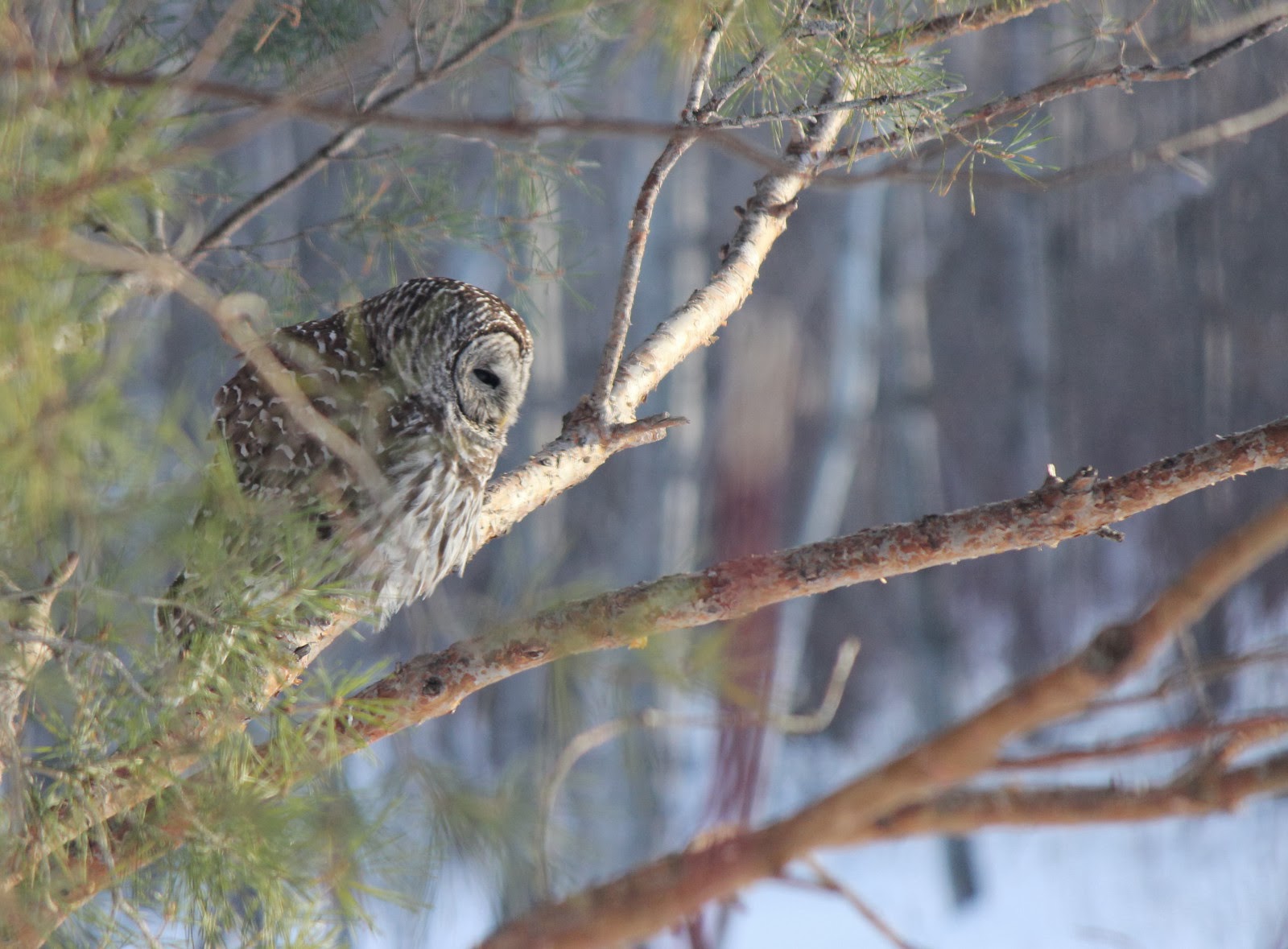 I went to different windows trying to get the best view. After a few minutes it flew to a nearby tree. Luckily for me I had mukluks on so I just slipped on my coat and went outside and kept taking pictures. It eventually flew over by the neighbors yard. I trudged through waist deep snow with almost no proper winter clothing. I spotted it sitting in a tree. After I took some more pictures it flew further outback. I got a picture of it flying in front of the sun.

Barred Owl is a new species for me! Now we have two owls living in our yard!

My brother went outback looking for the owl. He got some really good pictures. 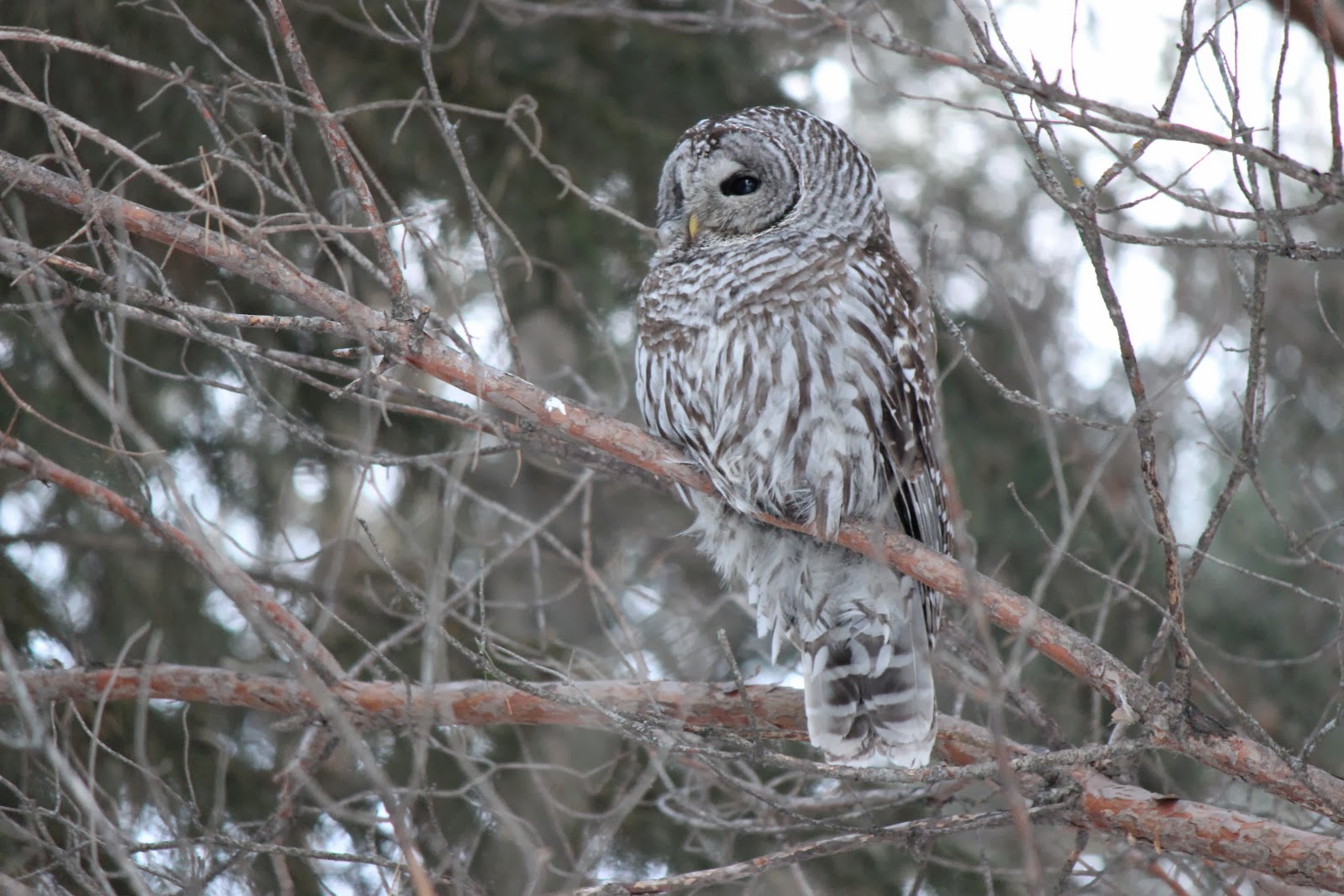 The next day my brothers went out looking for it while I stayed inside with the flu. :( . They came back with some really good pictures. 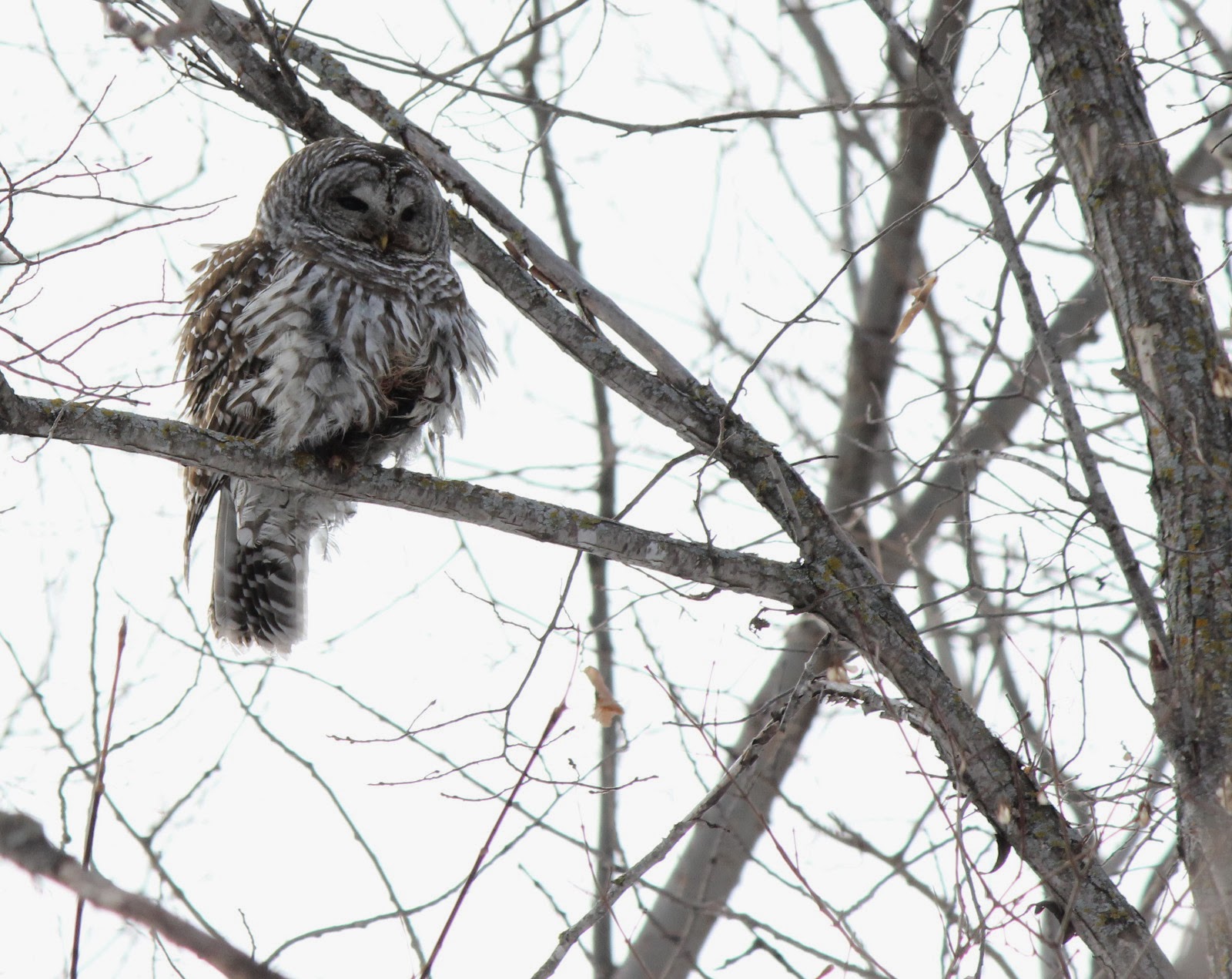 We watched from the window, it flew down to the ground, it looked like it caught something. It was just  behind a tree. We could see it when it spread it's wings over it's prey. 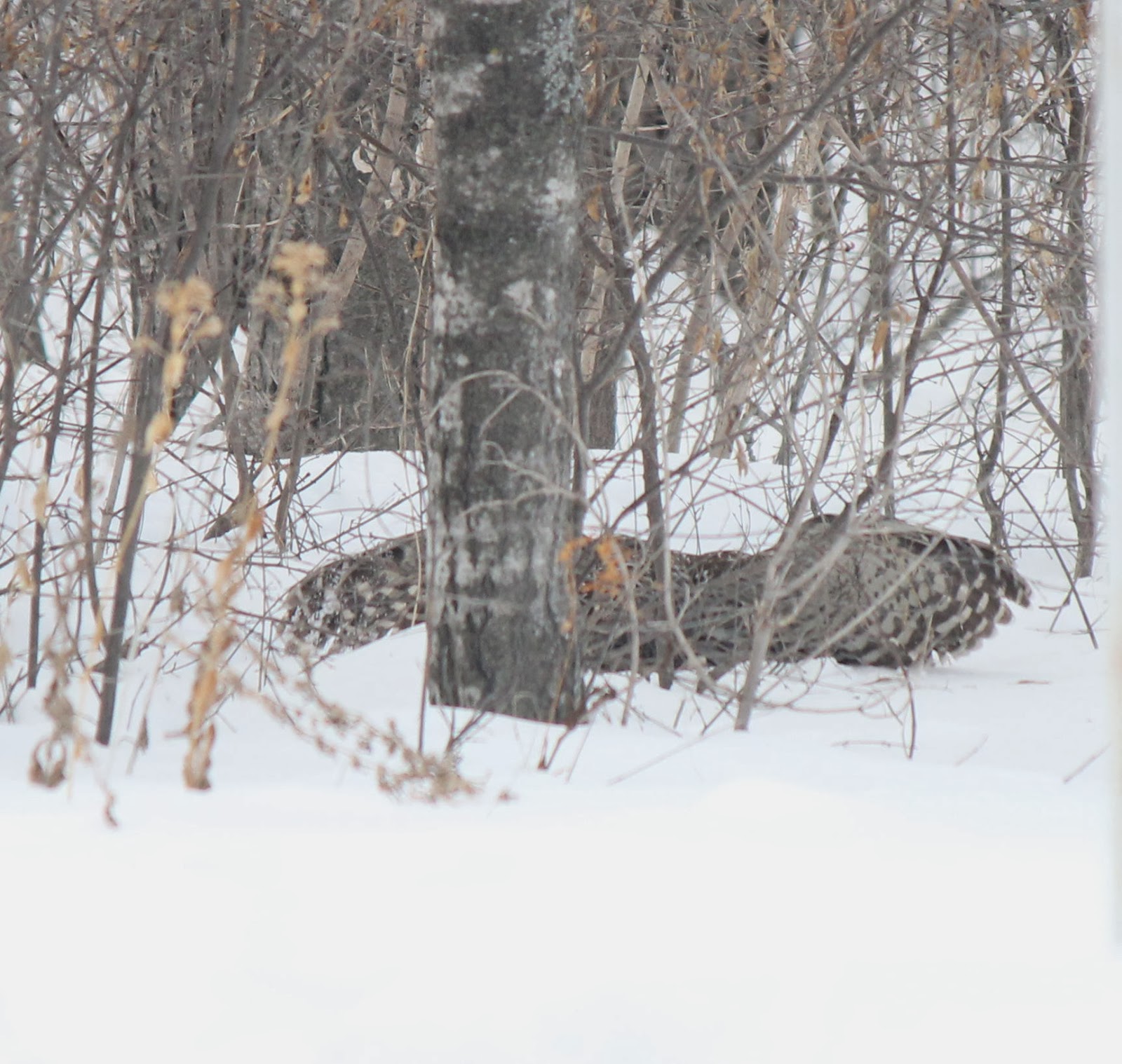 We had been emailing Christian Artuso back and forth, he was planning to come over and see it. He decided not to though because a storm was brewing and the roads were getting bad.
He told us Ken De Smet was doing a owl tour in the area and might come over to see the owl though. I was excited about that, even though I was sick. Ken came over soon, with a big group of birders. Some were even from Germany! The conditions weren't very good for pictures, there was lot's of falling snow.
It flew away a bit deeper into the forest so they decided to go.
That night the owl flew to a perch across the yard that we could see from our window. It stayed there all night and into the next day. We did our school in front of the window and set up binoculars to watch it. Eventually it flew down to the prey it was eating yesterday was and finished off the leftovers.

It eventually flew off somewhere.

The next day I took a walk in the morning to see if I could see it anywhere.
I heard the loud raucous cries of crows, ravens and magpies somewhere in the pines. I slowly approached thinking that they were mobbing something. They flew out across the field, the Great-horned Owl with them.
Apparently Great-horned and Barred Owls sometimes don't get along, and Great-horned Owl will eat Barred Owls.
Two birders from Brandon came knocking on our door asking about the Barred Owl, I gave them a tour around the yard but never saw much.

We then saw the Barred Owl on Sunday, sitting in a tree close to the window. Later that day it was gone and we haven't seen it since.
It was quite the experience to have such a wonderful owl in your backyard.