On Tuesday night if you lived somewhere near Winnipeg you may have seen some Aurora Borealis, or the common name, Northern Lights. These are very spectacular to watch! We are just out of the city so there isn't as much light pollution which gives us pretty good views of stars also. I really wanted to go out and take pictures, but unfortunately we don't have a tripod to keep it still, so we just had to do with what we had.

A monopod came with our Canon T3i when we bought it so I used that. We put the monopod in the handle of our garbage can and put a two second timer on so we would't shake it when we took the picture. We had long exposure time to capture the northern lights better. 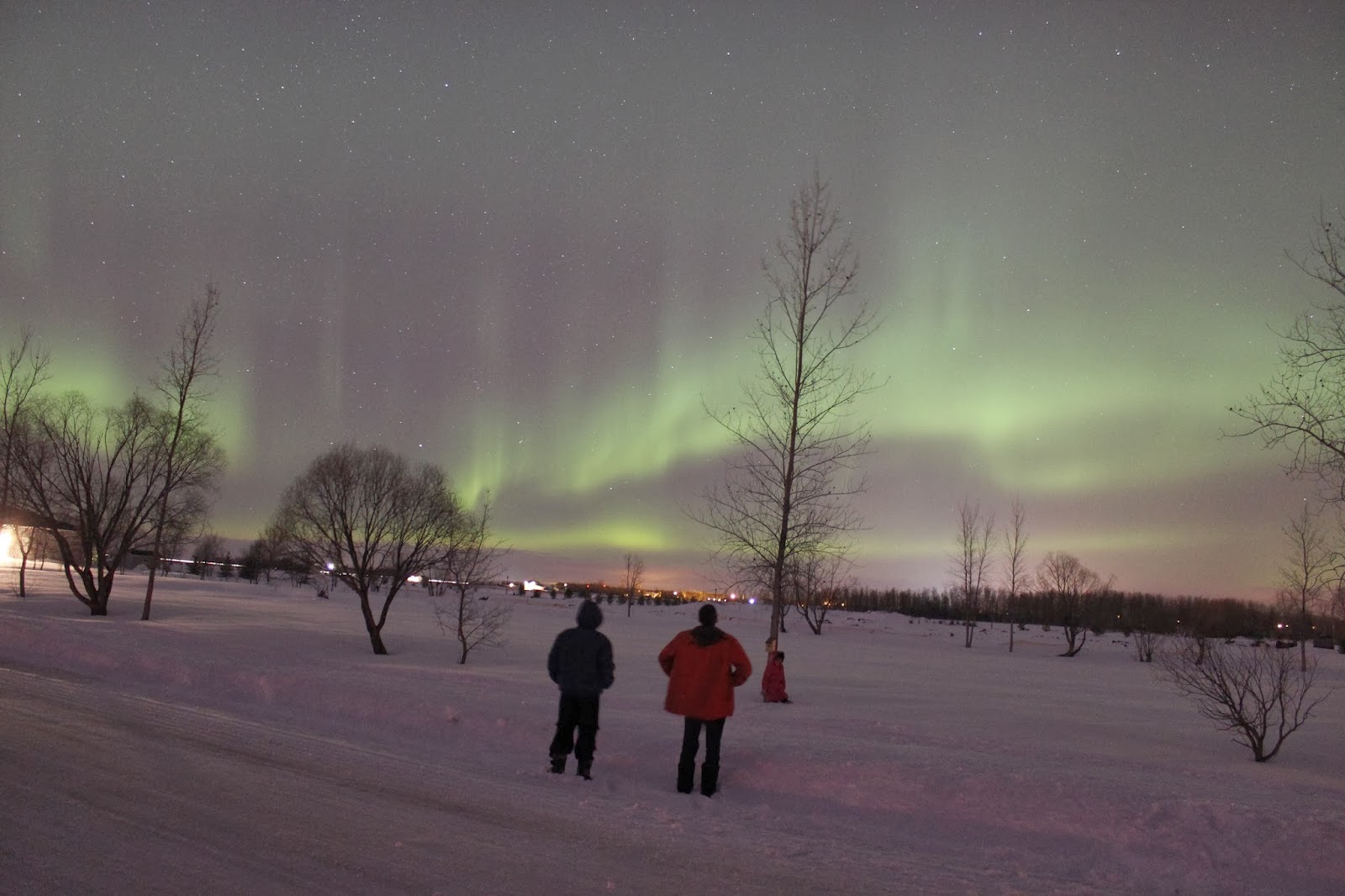