I'm very sorry for my inactivaty  recently. For one I've been quite busy with school and other things, and around the yard bird activity has been very slow. The Great-horned Owl has returned to our yard though, as it does every winter.

For now, here is a post about the 2016 Oak Hammock Marsh Christmas Bird Count.
There are no great photos in this post, because we were birding from the vehicle  most of the time, and photography was not the purpose.

Bird life seemed very low this CBC, and we had trouble finding many different species.

Chickadees, ravens and Blue Jays were the most common, and anything besides that was a treat.

We were assigned zone 2, and set off. We covered the Western part of the zone fairly quickly as there were few roads, and very few birds. 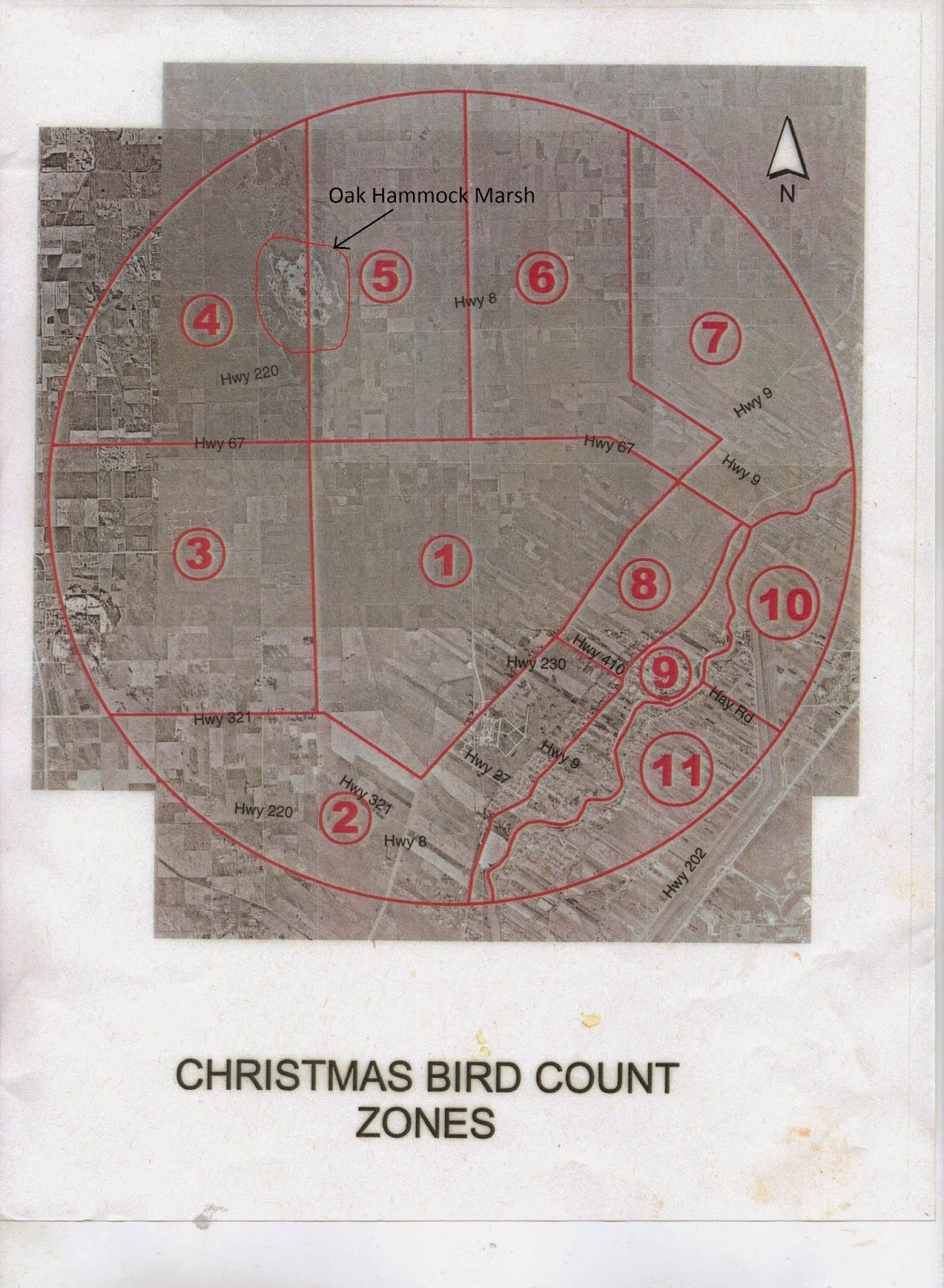 There were five Grey Partridges on a driveway, the first exciting birds!


It took a minute to figure out what this little bird hiding under a feeder was. It's a female House Sparrow, another  species onto the list.

We spent more time on the Eastern part of our zone driving in and out, through and among the little residential roads, mostly looking out for feeders that might host some bird species. There was a little mark on the map showing a house with feeders. We visited it and found out why someone had marked it on there. There were tonnes and tonnes of feeders!
Not as many birds as feeders unfortunately, however we did see some more chickadees, blue jays, White-breasted Nuthatch, and added a Downy Woodpecker to the list. 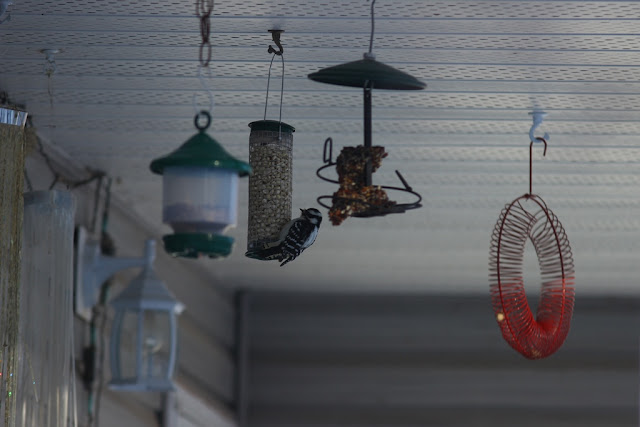 We were sitting at 9 species and we were getting to head back to the Interpretive Center because the results and a hot lunch was there for 12:00.

I was just saying how it would be nice to see one final exciting bird, and how that somehow seems to happen often when we're birding. Just as we were on the last road to exit our zone, I saw something sitting on a pole, which was not a raven. From a distance I tried to figure out whether it was a Owl or a hawk. When we got closer I could see that it was a Rough-legged Hawk, and we were able to get close enough for some half decent photos.

It was quite a treat to see at the end. And with that we headed back to the building and the results were tallied. We had 10 species and I believe about 64 individual birds.
The team with the highest species count was 15 species. After a tasty lunch the 'Best Bird' was voted as a Gyrfalcon, and the prizes were handed out. There was also a Rusty Blackbird seen, which would have been the runner up.


Afterwards we, and several other birders, went to try and see the Gyrfalcon, which is very uncommon.

We saw this Rough-legged Hawk in a tree, which I was fairly sure was a Gyrfalcon, because it was where a team described it to be. The bird was across a field against the sun, so the photos were bad and you couldn't tell what it was. There was a while of humming and hawing until it flew and we could see it was a Rough-legged. 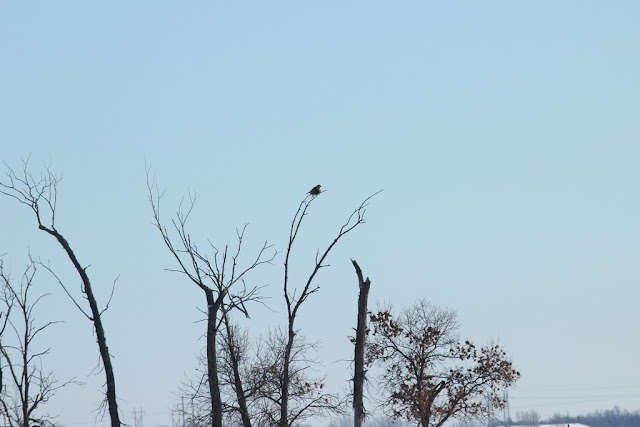 And here is a bad photo of some Grey Partridges on the snow. 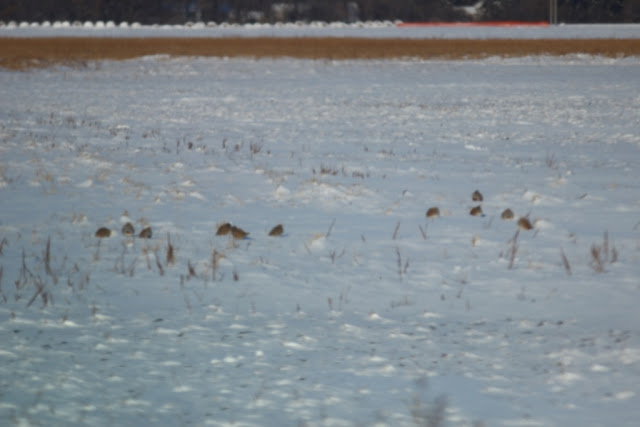 Here I come to a close my friends, for that day of fun birding had come to an end. I must say, it was thoroughly pleasurable and I am certainly looking forward to next years CBC and any future birding excursions.
Posted by Josiah Van Egmond at 10:42 PM