Florida... If you have been reading my blog, you know that my family and I went on a trip to Florida recently. As promised, I got this post out within a week.
We left on December 15th, one day before what we were planning, in a desperate scramble to beat an incoming snow storm. Florida is a 32 hour drive. The temperatures in Winnipeg were extremely high at the time, the snow was melting, and it was becoming patchy. It often reached 0 C (32 F), and sometimes even higher in the day. And, the day we left the temperatures plummeted to the -20's C, and a few feet of snow blew in. We mostly missed the snowstorm, but had an 'interesting' drive in the evening. We were on the interstate when we hit black ice, almost slid off the road, plus huge semi trucks barreling past beside us, unaware of the ice. We inched along until we finally found a town. We were considering stopping the night because the roads were so bad, but after talking to some people at a Burger King, we devised a new route that lead us along side road. The driving was a lot better from then on, and we drove until 4:30 in the morning.
The next day we hit some hard snow for about half an hour, and a bit of rain. The weather began getting warmer as we pushed further and further south. We started seeing Black Vultures eventually. There were a lot of vultures! Turkey and Black. Lifers started being added to our list. I haven't yet made all the eBird checklists yet, but in one of the later posts I will have a full list of lifers we saw. We stopped the second night at our parents old friends house in South Carolina. In the morning we saw Tufted Titmouses (I don't know, plural "Titmice"?), Carolina Wrens, Black Vultures, Northern Mockingbirds, and others. Here are a few photos.


By this time, the weather was warm, probably around 15 C (60 F), so it was T-shirt weather, and we went for a short bike ride.
Another 8-hour drive brought us to another of our parents friends house in Ormand Beach (Near Daytona Beach), Florida. We stayed two nights there, so we had a whole day before we went to our resort near Orlando. This post will be a bit shorter than other ones because it is part of the day there. The other part of the day we were at the beach where we got lots of photos, which wouldn't have fit in this post (the beach will be a post on it's own).

Here is a lizard. I have very little knowledge of lizards, but I very briefly looked it up and I believe this is a Brown Anole. If I am wrong please correct me.
We walked to a nearby pond and there saw A Great Blue Heron, Muscovy Ducks, and these White Ibises! Of course, this was the first time we had seem them, so it was very special, but by the end of the week, after seeing a bunch of them around every corner you turned, they became pretty normal. They are very pretty birds, and I can't believe how common they are there.


The turned out to be quite bold and walked up so close I couldn't fit it in the frame. That was with the 300 mm lens Christian most generously lent to us.

And for a few non-bird photos. This was at the Embry-Riddle Aeronautical University in Daytona beach, where my parents friends work. And my dad was a rocket scientist and is an engineer so he enjoyedthe stuff there, such as the massive observation telescope. The palm trees everywhere were rather strange for us.
After that we went to a lighthouse park, and we climbed all the way up it. There were Brown Pelicans, and some other seabird lifers.
Here is William walking down a path in the lighthouse park. 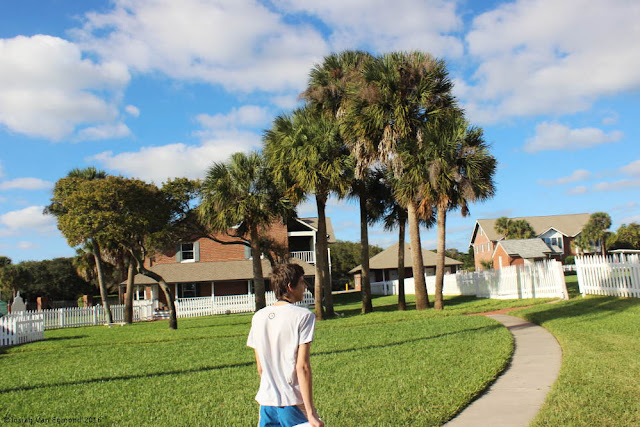 Atop the lighthouse was extremely windy, but the was a beautiful view. 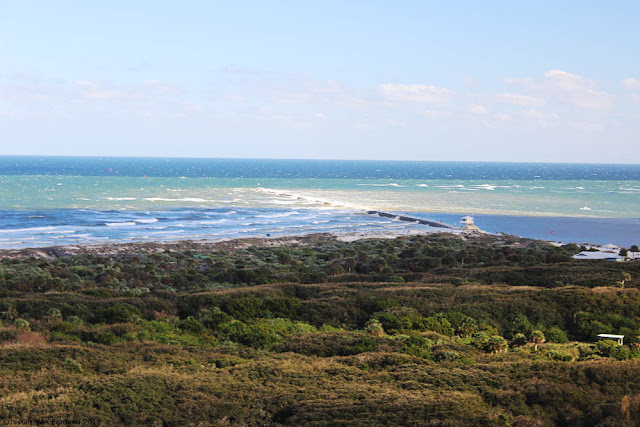 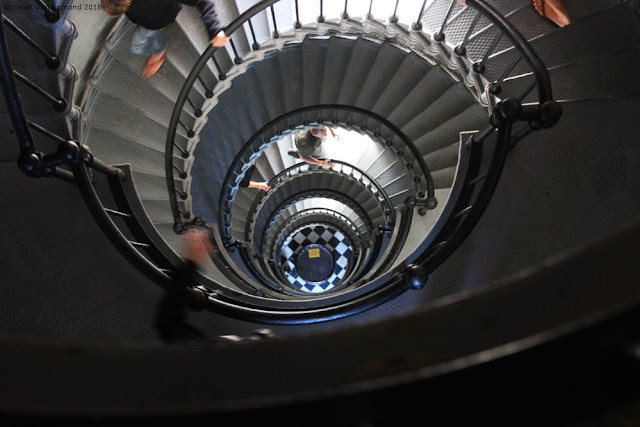 After that we went to the beach, which is what the next post will be about. There we saw Sandwich Terns, Royal Terns, Laughing Gulls, Brown Pelicans, Black Skimmers and a handful of others. Stay tuned.
Posted by Josiah Van Egmond at 5:40 PM