Finally! A Churchill post.
My brother made a temporary title for my blog with some of the Churchill pictures. If you want to know all the birds we saw, look on the Churchill Bird Trax I temporarily put up.

The first day we set out at 5:30 AM in the car for Thomson, where we would take the train at 5:30 PM to Churchill. Since we were up so early I was able to get pictures of the sunrise while we were driving.


We stopped at Pisew Falls on the way and had lunch, there was a boardwalk around the impressive falls.

When we were on the road again, we stopped so I could take a picture of an Osprey on a nest.
After an 18 hour ride on the train, we arrived on a misty morning in Churchill. We were planning to take a picture of our family in front of the sign but we decided to wait until after we settle into the hotel. 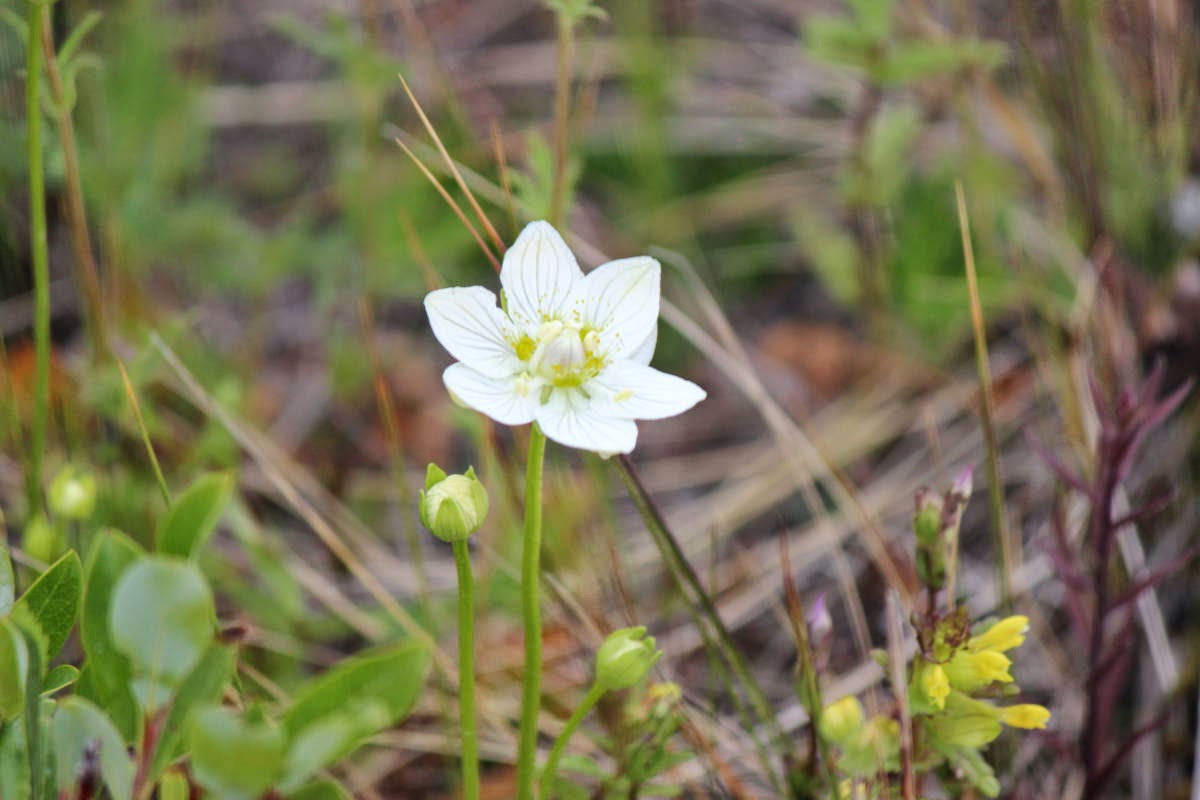 The first birding we did was at the Granary Ponds, where I got 7 lifers I think. The first being Arctic Tern, which greeted us as soon as we stepped out of the rented van by dive bombing us and bombing us. 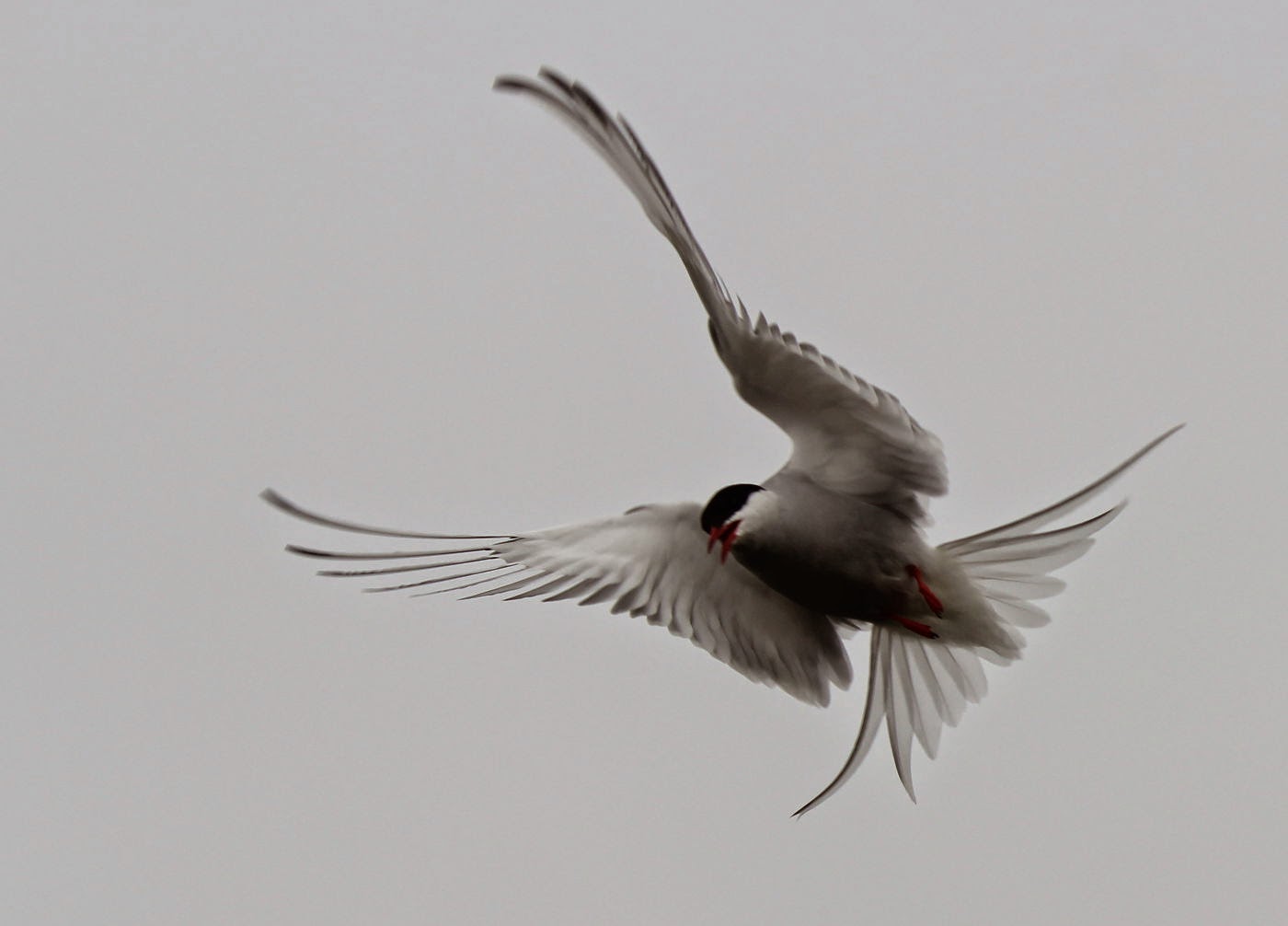 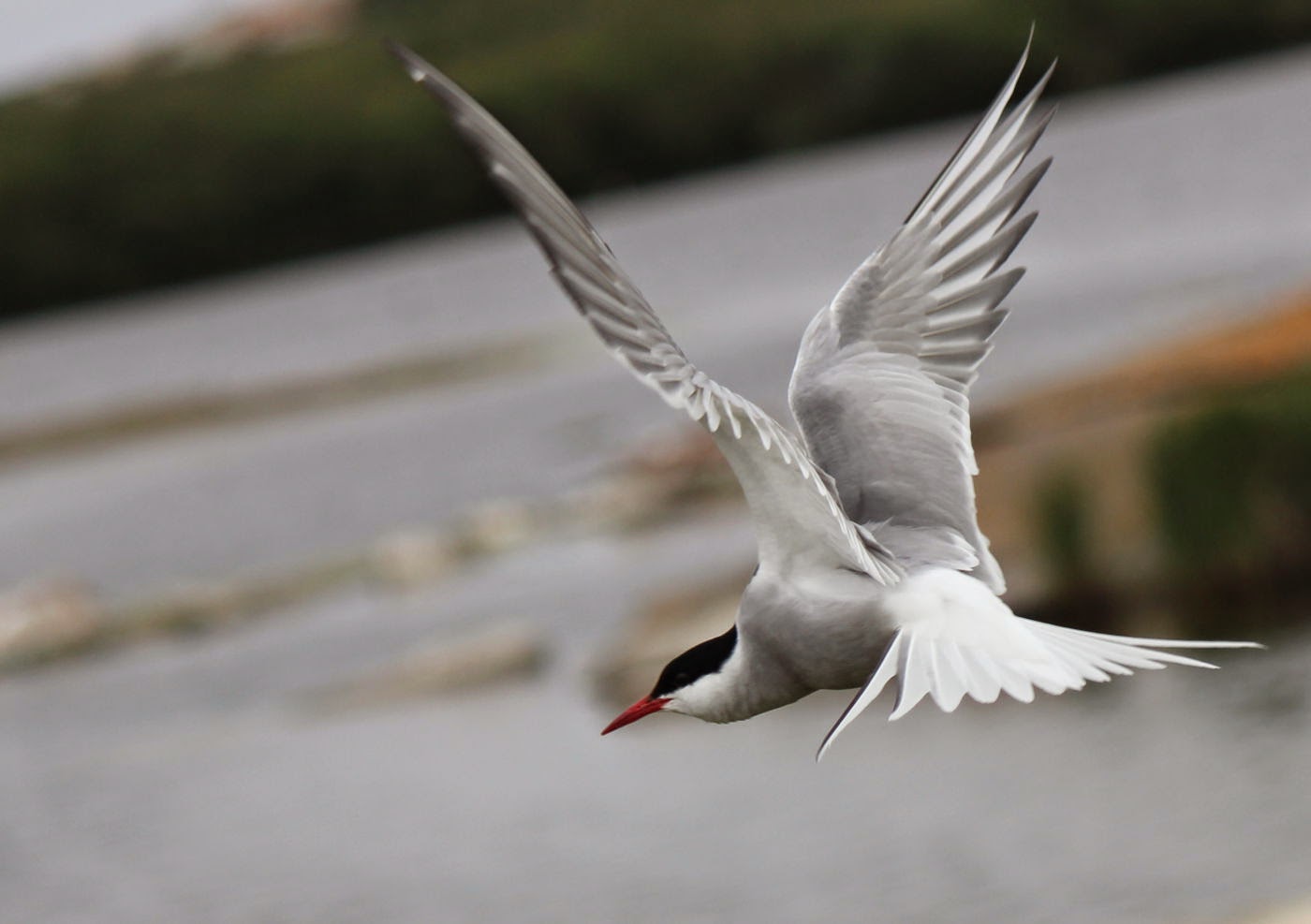 I spotted the egg that it was so feircly guarding.
Until after we got home I didn't know we had saw a Green-winged Teal, I photographed this family thinking they were mallards, but after looking at the picture, I spotted the green wing. 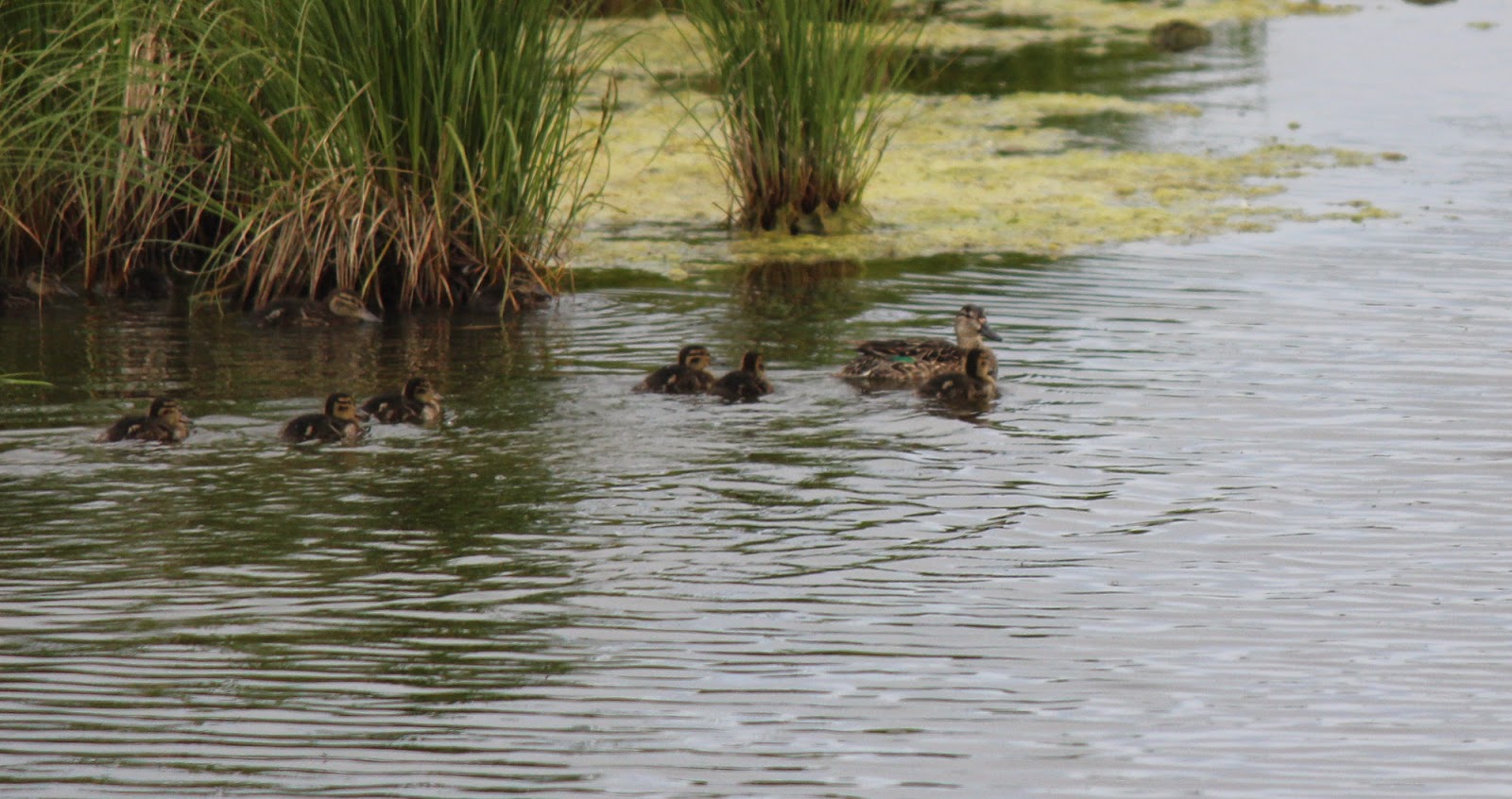 On of the lifers was Short-billed Dowitcher, I spotted them across the ponds.
We saw a Red-breaster Merganser Hooded Merganser sitting on the water.
I believe the bird below is a Lesser Yellowlegs, please correct me if I am wrong. 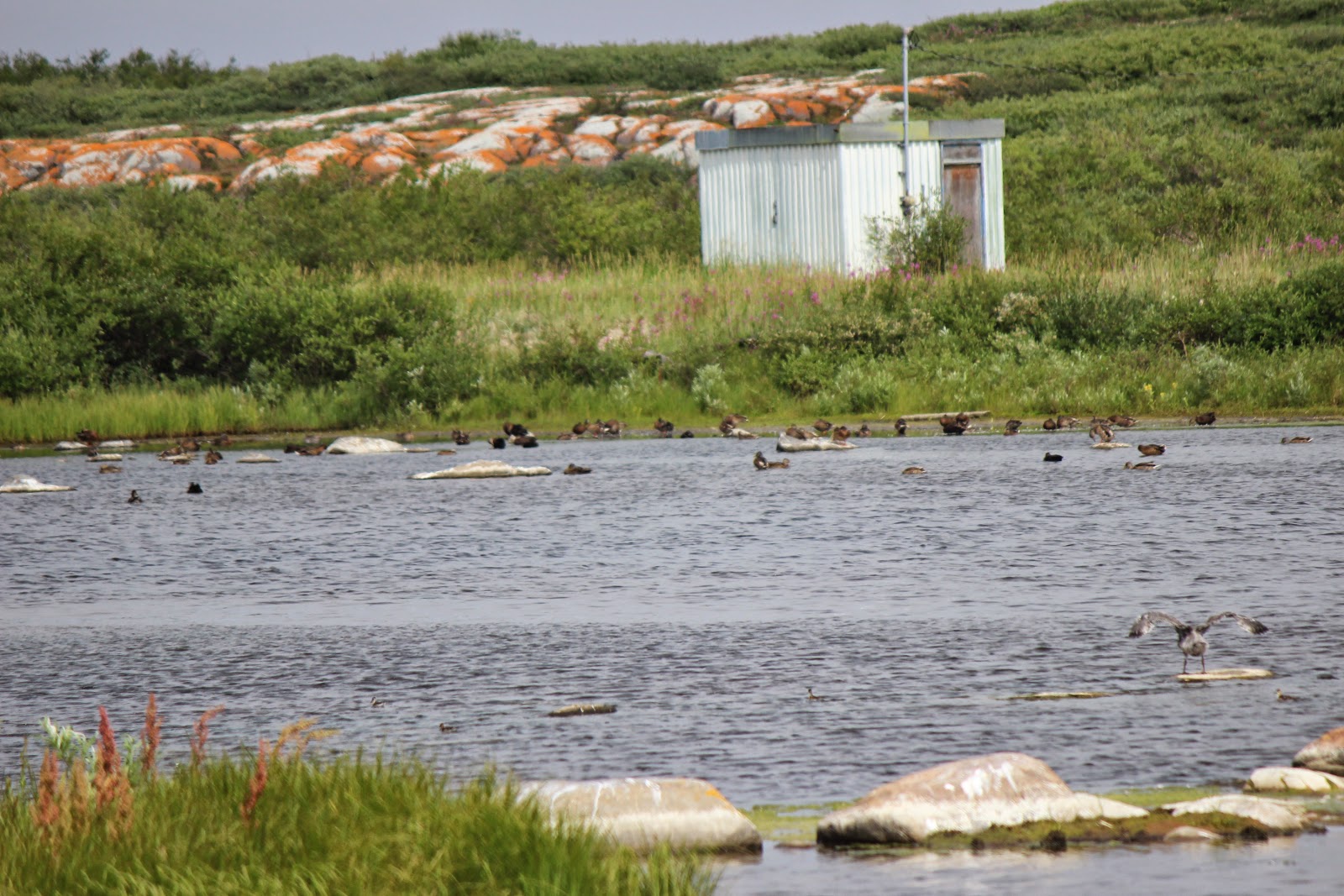 The rest of the day was spent driving around Churchill, birding and looking for bears. We went to Cape Merry and saw some Whimbrels (lifer!), as well as a dying bear across the river.

I believe this is a Stilt Sandpiper Lesser Yellowlegs, though I am not 100% sure, please correct me if I am wrong!


Stay tuned for the next day of Churchill!!!

Email ThisBlogThis!Share to TwitterShare to FacebookShare to Pinterest
Labels: churchill